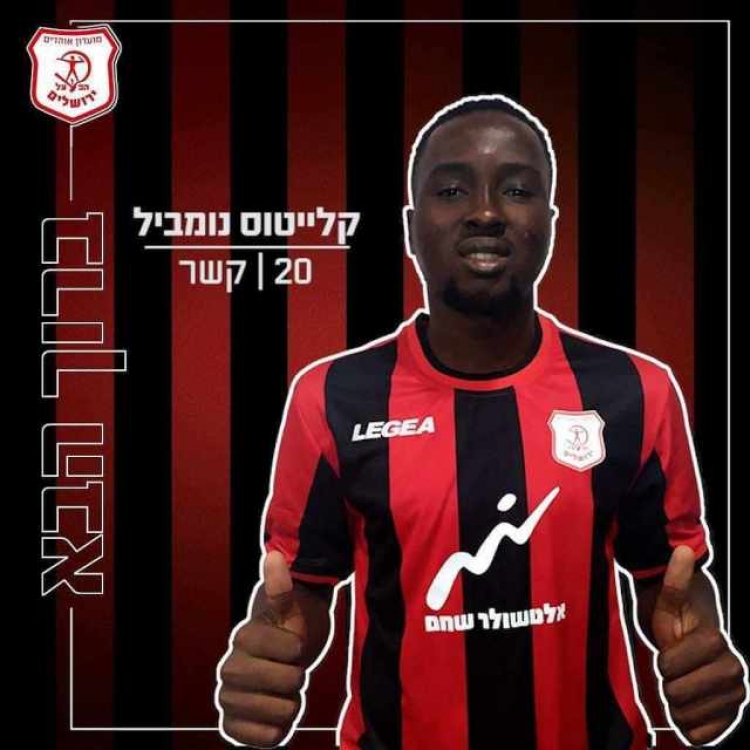 The 20-year old has been with Dreams FC for quite some time and is now moving to Israel on a season-long loan deal that could turn into a permanent deal at the end of the season.

“Dreams Football Club has reached an agreement to transfer midfielder Cletus Daho Nombil to Israeli side Hapoel Jerusalem Football Club on a season-long loan with an option to buy”, a statement from the Ghana Premier League club to confirm the loan transfer of the player has said.

Cletus Nombil will be expected to play a key role in Hapoel Jerusalem in the 2020/2021 football season.

Last season, he was part of the Dreams FC squad that played in the Ghana Premier League.

If he manages to impress while on loan, he will be signed permanently by the Israeli outfit.