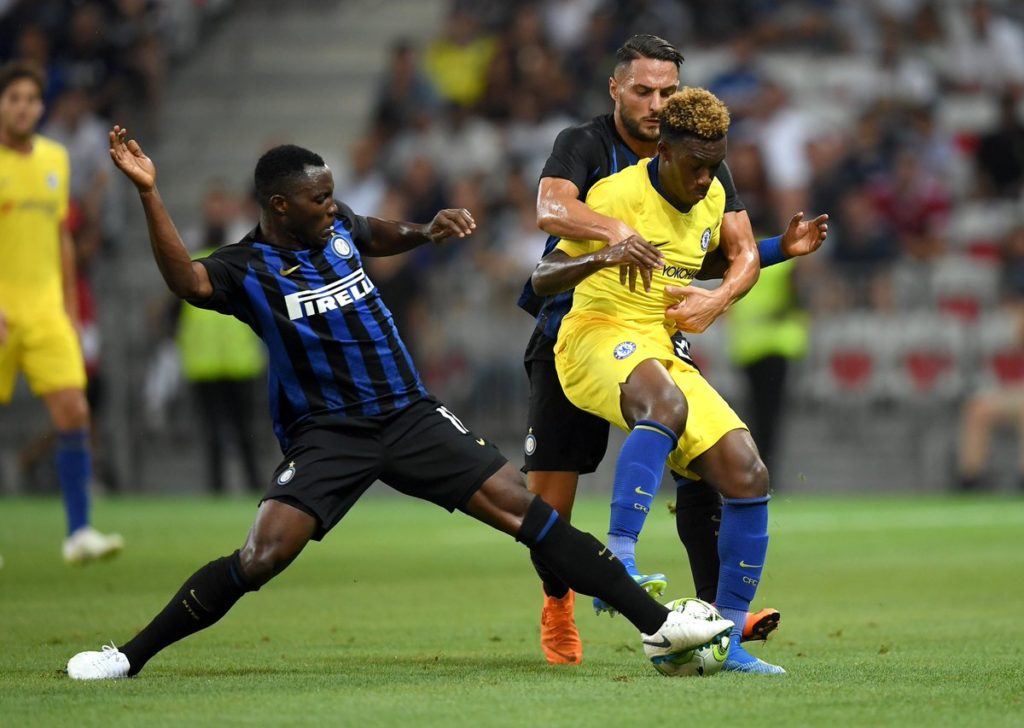 Ghanaian youngster Calum Hudson-Odoi says he has been impressed and picked lots of positives as a developing player from Chelsea's preseason.

The youngster have been given opportunity by new manager Marizzio Sarri as he has started all games.

The son of former Accra Hearts of Oak winger, Bismark Odoi, revealed the experiences in preseason have been incredible after playing 80 minutes of the friendly against Inter Milan on Saturday.

‘The fact the manager is giving me the opportunity to play is really boosting my confidence so I just want to keep getting on the ball, pressing and working hard,’ he told Chelseafc.com.

‘The more games I play, hopefully the more I will be able to impress him as well. Getting the opportunities is obviously a good thing so I just need to keep going. I’ve definitely liked working under Maurizio. The way he plays suits the way I play because I like to get on the ball a lot, go forward and keep attacking, I either stay in the pockets or stay wide.

‘With the way the team are playing, being on the left wing is very good because you get to drive at the defenders one against one or cut inside and combine. You just play with a free mind and play how you can play, but also off the ball we press to try and win the ball high up the pitch, so we defend from the halfway line and obviously attack from there. I like playing under him.’