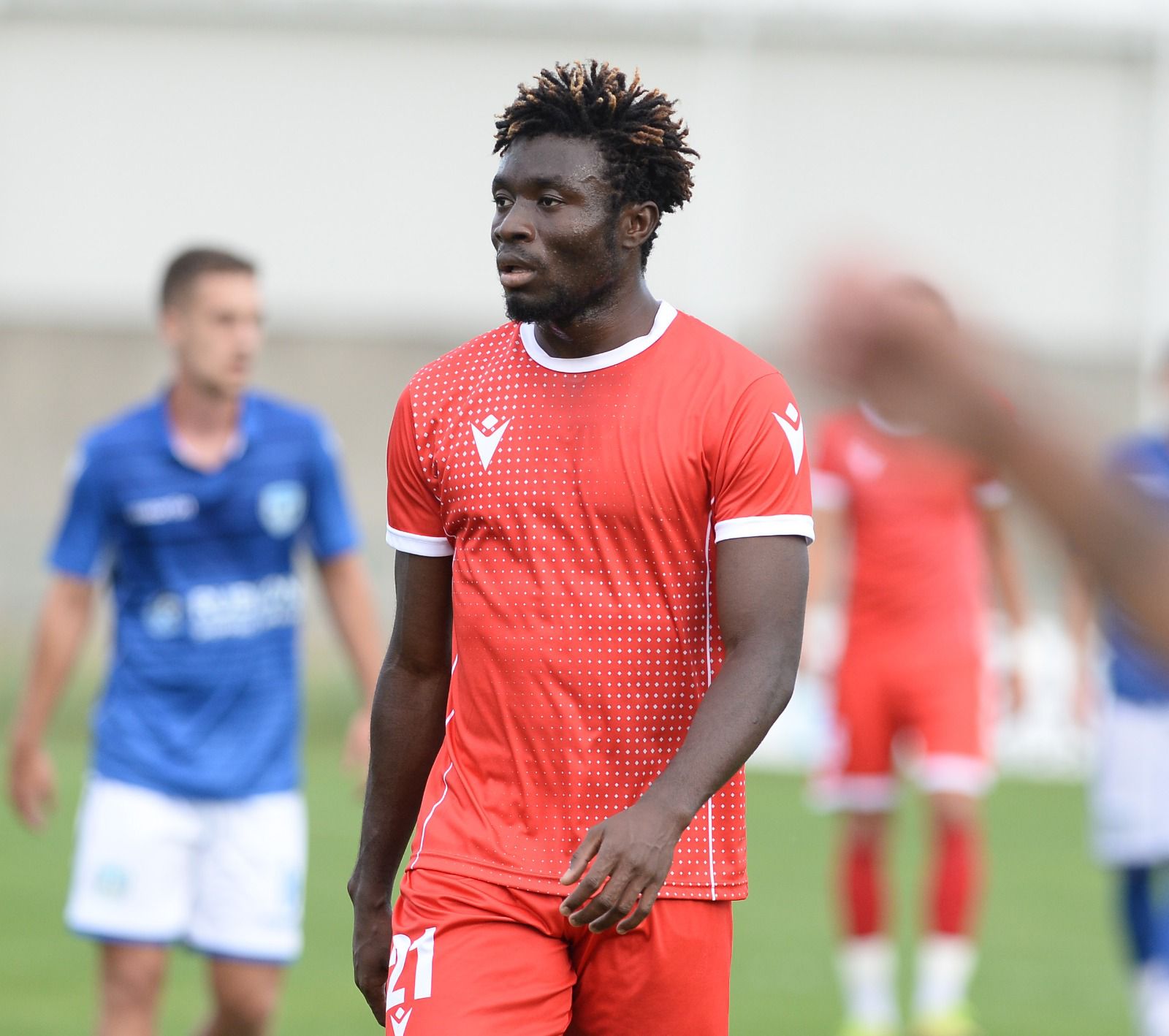 Ghanaian youngster Ibrahim Mustapha was on the scoresheet for Radnicki Mitrovica in a 2-3 defeat to Kabel in match 11 in the Serbia Prva Liga.

Mustapha broke the deadlock in the 27th minute after right back Dragan Matke sent in a cross for him to tap into the bottom corner. Ibrahim shrugged off a challenge from Kabel defender to position himself at the right moment to Radnicki the lead.

Kabel however wrestled control of the game in the 45th minute when Sinisa Njemcevic put the visitors in front after Obuya Pius gave them the equaliser in the 38th minute.

The visitors stretched their lead further in the second half through Njemcevic after referee awarded Kabel a penalty kick in the 71st minute. Predrag Vladic then pulled one back in the 78th for Radnicki Mitrovica.

Mustapha is currently a joint top scorer in the second tier of the Serbia league with six goals three assists.