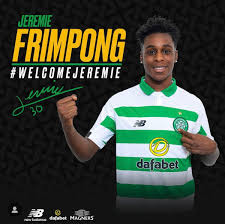 Moritz Bauer arrived from Stoke City last month, joining on loan to serve as competition for Hatem Abd Elhamed at right-back – but his long-term future at Parkhead may already be in question.

That seems like a bizarre thing to say, as Bauer has made just the one appearance for Celtic so far, but Celtic appear to be planning for the right-back spot long term.

O'Connor is particularly highly rated and backed for a huge future, but signing two right-backs may just hint at the pair being brought in to compete once 27-year-old Bauer's loan deal is over.

Celtic have no commitment to buy Bauer next summer, and whilst the option is there for a permanent move, the Austrian may simply be experienced cover for a year whilst O'Connor and Frimpong adjust to life in Scotland.

Bauer has bags of time to prove that he's worth a permanent deal, but Celtic would then have Bauer, Elhamed, O'Connor and Frimpong, as well as returning loanees Ralston and Manny Perez.

Ralston would be the favourite to go, but given that Bauer is only on loan and two younger options have just been signed, it's reasonable to wonder whether Celtic are already just viewing Bauer as cover for one season before letting him return to Stoke.

It's hard to see Celtic carrying four or five right-backs long-term, and with the others tied down to contracts, Bauer may already by fighting for his Celtic future despite only just arriving.