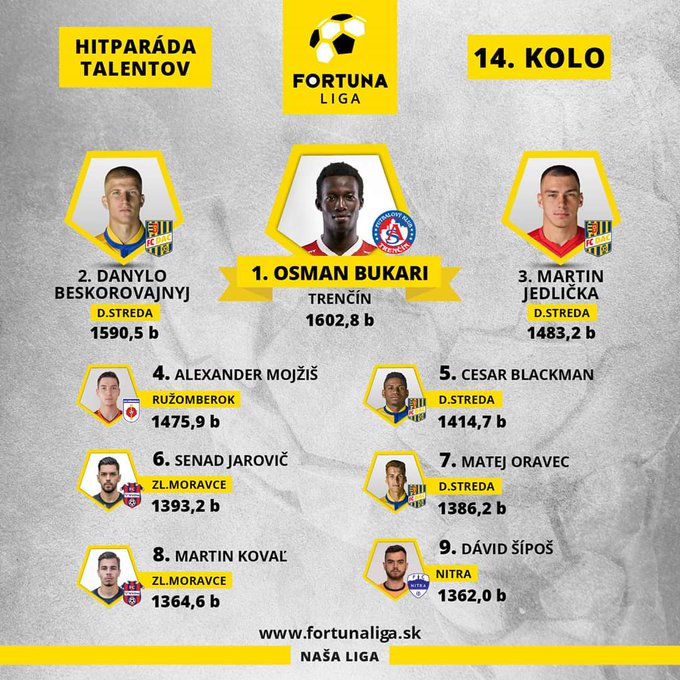 Ghanaian winger Osman Bukari has been included in Player of the Week in the Slovak Super Liga following his exploits for AS Trencin.

Bukari, who should have represented Ghana at the Africa U-23 Cup of Nations in Egypt has bagged three goals in three matches for AS Trencin in the last seven days.

The 20-year-old put an incredible performance and scored in AS Tencin's 3-0 win over second-placed MSK Zilina.

The former Accra Lions ace continued his impressive form by scoring the late equaliser last week Saturday that secured their 2-2 draw against Ruzomberok.

Four days later, he registered his name on the score sheet for Trencin as they thrashed Skalica 4-0 in the Round of 16 of the Slovak Cup.

He scored again in their league game against MSK Zilina in the Slovak top-flight.