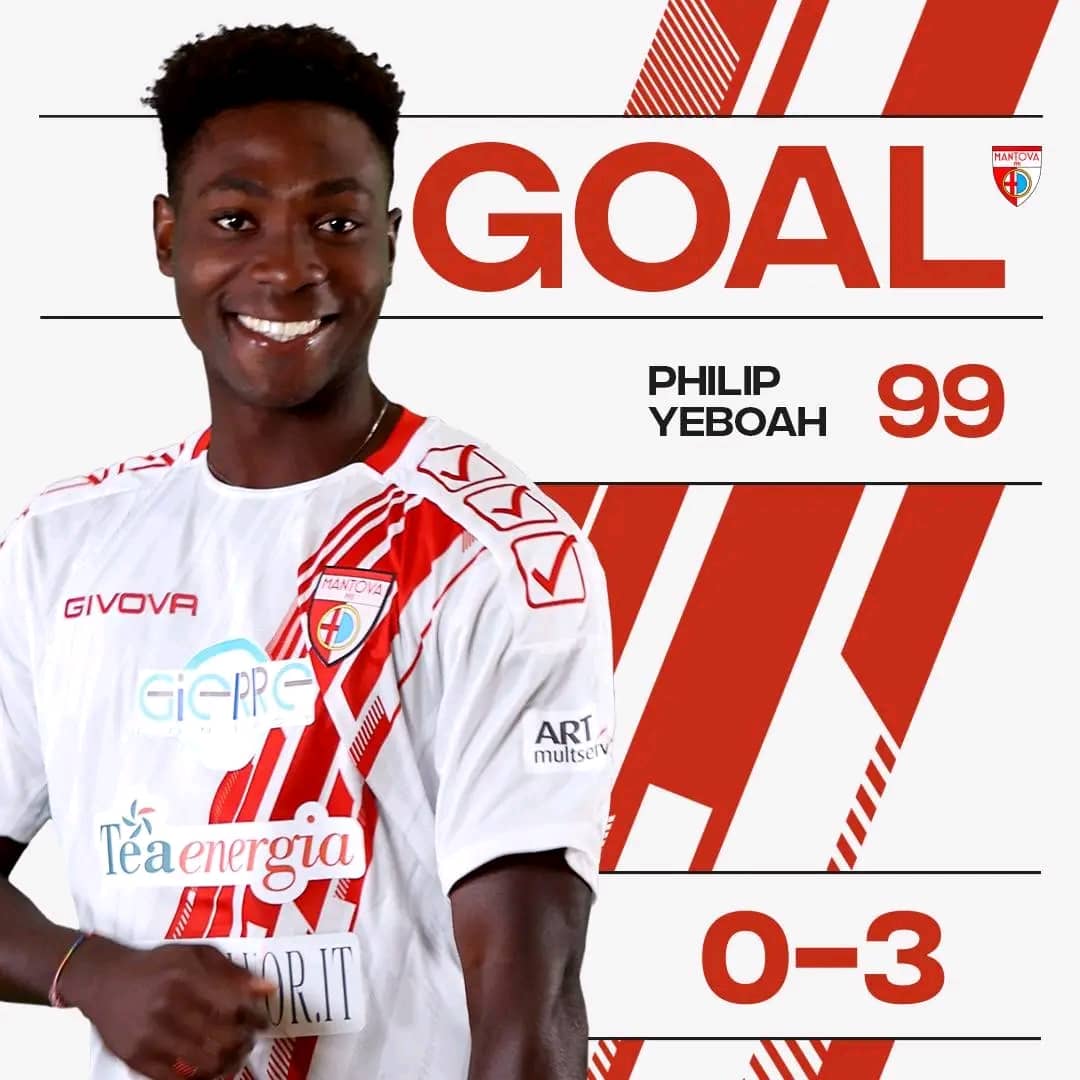 Ghanaian international, Philip Yeboah was on target for Mantova on Sunday and helped the side to defeat Renate in the Italian Serie C.

The forward started for his team in the Round 17 game of the Italian Serie C and lasted the entire duration of the game.

In a game where Mantova played as the away side, the team put up an impressive performance and had the chance to score after nine minutes when they were awarded a penalty kick.

Filippo Guccione accepted the responsibility from 12 yards and scored to give the visitors the lead.

Later in the second half, Luca Paudice equalised in the 61st minute to double the lead for Mantova.

With Ghanaian attacker Philip Yeboah finding the back of the Renate net in the 73rd minute, it sealed the win for his club.

Despite Renate grabbing a consolation through Daniele Sorientino ten minutes later, it could not change the outcome of the match. Mantova held on to secure all three points on the back of a 3-1 win.

During the match, another Ghanaian, Davis Mensah came on in the 72nd minute to replace Luca Paudice to play for the winners.