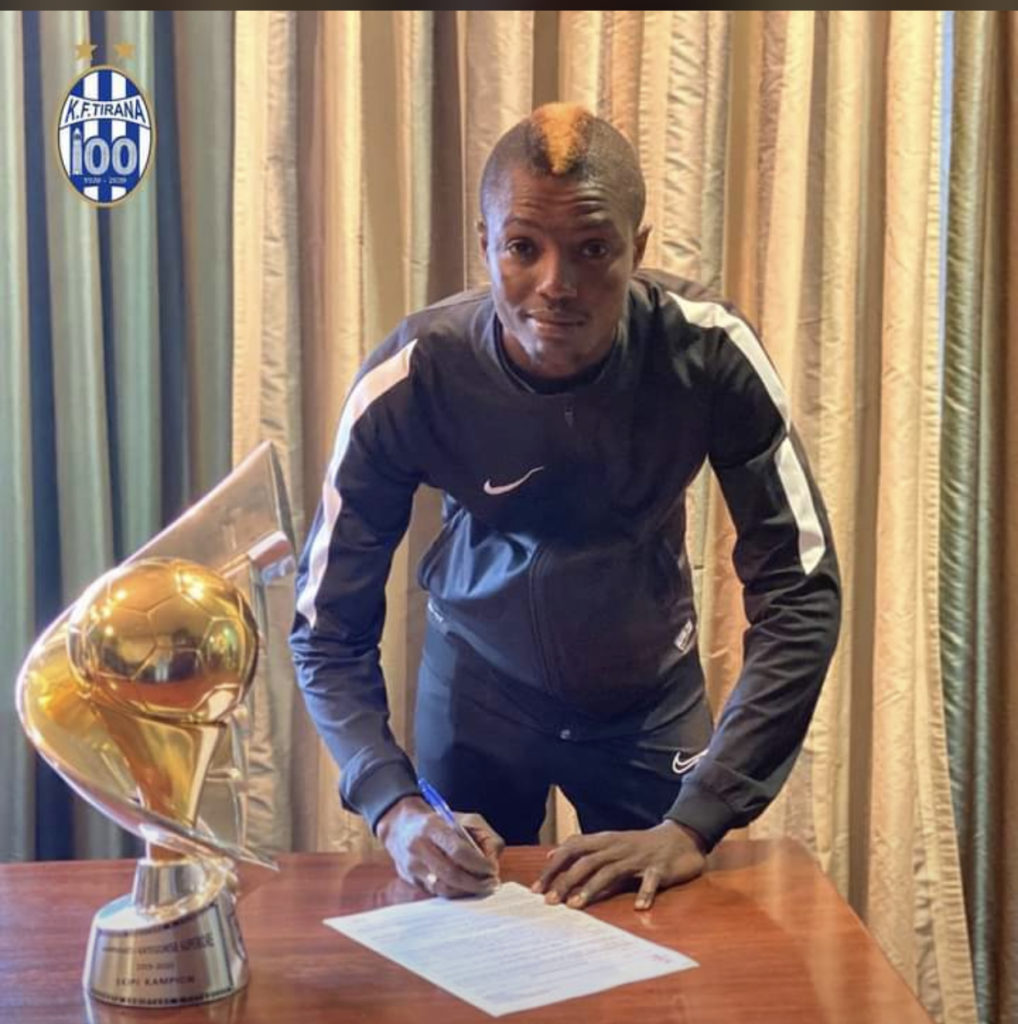 Former Ghana U-17 striker, Richard Danso has signed a deal with KF Tirana and will be playing his football in Albania for the 2020/2021 football season.

The club won the Albanian Premier League last season and is keen on defending the title this season as well.

In line with that, the team has been in the transfer market in the last few months to bring in needed reinforcements.

On the back of successful negotiations and the passing of a mandatory medical examination, KF Tirana has completed the signing of Ghanaian youngster Richard Danso.

The club sees the 20-year old with massive prospects and believes he has the quality to add depth to the attacking department of the team.

Richard Danso has now joined a number of Ghanaians who already play for KF Tirana. The club already has the likes of Winful Cobbinah, Isaac Gyamfi, Ibrahim Sulley, and Derrick Sasrakuu.