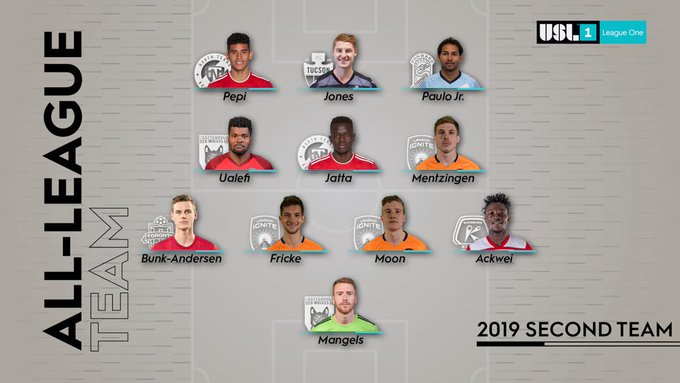 Ghanaian prodigy Wahab Ackwei has been included in USL League One Team of the Season following for his impressive performances for Richmond Kickers.

Ackwei led all defenders this season at the club after making 97 clearances, 49 interceptions and 13 blocks which earned him a place  in the American third-tier league team of the season.

He is currently ranked third among defenders with 177 recoveries and had two assists on 11 chances created in the just ended regular season of the USL Championship.

The highly-rated defender has featured in 25 games and registered two assists for Richmond Kickers in the 2019/20 season.