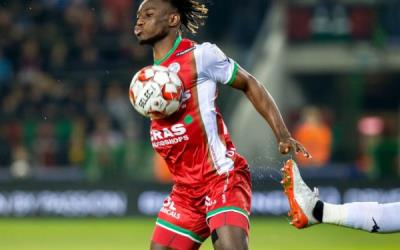 Ghana and Zulte Waregam youngster Gideon Mensah has backed his club teammates to keep fighting after losing to KV Kortrijk over the weekend.

Mensah, joined the club from Red Bull Salzburg on loan put up an incredible performance in Waregam's 2-0 defeat Kortrijk.

"Hard luck and loss over the weekend in the derby game against KV Kortrijk," he posted on Twitter. "But we keep fighting and keep the fire burning," he added.

The 21-year-old has been a key contributor for Zulte so far this season, impressing in their 6-0 thumping of Cercles Brugge.

He has featured in three games and provided one assist for Waregam.

Also, his compatriot Eric Ocansey lasted 88 minutes for KV Kortrijk in the win against Mensah’s side.