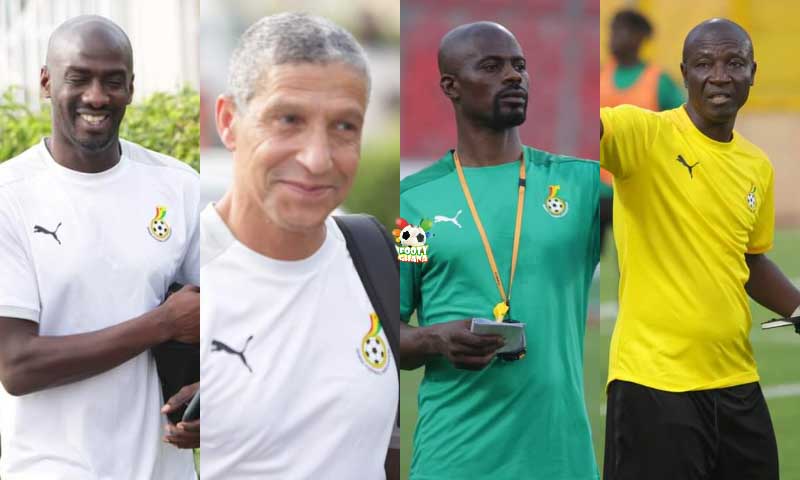 There has been a lot of furore and disquiet in sporting circles following the announcement by the Ghana Football Association (GFA) recently that six players of Ghanaian heritage, plying their trade in Europe, but without previous commitment to Ghana, have now made themselves available to join the Black Stars, and are eager to be part of Ghana’s 2022 FIFA World Cup adventure.

Two weeks ago, the GFA President, Kurt Simeon-Okraku, announced that Athletic Bilbao striker Inaki Williams had decided to offer his services to Ghana after many unsuccessful attempts in the past to lure him to play for the Black Stars. The announcement coincided with the confirmation on social media by the player of his availability for the national team in a video in which the Spain-born player spoke about his desire to connect with the country of his parent’s birth and also leave a legacy.

Either by sheer coincidence or planned, it was announced also that Mohammed Salisu, a pillar in defence for Southampton in the English Premier League, has also affirmed his decision to play for Ghana ahead of the Qatar 2022 World Cup tournament. The announcement of Salisu’s availability for the national team was not surprising. This is because after refusing to be part of the Black Stars fiasco at the 2021 Africa Cup of Nations tournament in Cameroun, where his services were needed most, Ghanaians were apprehensive when he started making suggestions that he was ready to play for Ghana, following the qualification of the Black Stars for the World Cup tournament.

Other players who have also made themselves available for the national team as far as the World Cup adventure is concerned include Brighton right-back Tariq Lamptey, the Germany-based trio of Stephan Ambrosius, Ransford-Yeboah Königsdörffer and Patric Pfeiffer.

These were talented players with a youthful exuberance that Ghanaian football fans were yearning to transform the Black Stars into a formidable team before the Africa Cup of Nations. During the World Cup qualifying series when Ghana was struggling to pick a ticket for the elite tournament, some football fans cried out to the national team’s technical handlers and management to do everything in their power to convince these foreign-based compatriots to join forces with the Black Stars, but to no avail.

It is for this reason that some football fans have expressed their disgust at the eagerness with which players who a few months ago, refused to join forces with the Black Stars, are now lacing their boots in readiness to play at the Qatar World Cup. To the fans, the decision of these foreign-based players to play for Ghana smacks of opportunism, just as was portrayed by Kevin-Prince Boateng in 2010 and 2014 when Ghana qualified to participate in the 2010 World Cup in South Africa, and the 2014 World Cup tournament in Brazil.

Before Ghana’s qualification to the 2010 World Cup tournament, Boateng, who was then making an impact in the German Bundesliga, was offered an invitation to play for Ghana. Sadly, he turned his back on his fatherland. Ironically, he quickly changed his mind after Ghana qualified for the tournament. Again, he picked and chose matches he wanted to play, but gatecrashed the 2014 World Cup party when he made himself available for the qualifying playoff against Egypt.

Based on his splendid performance in the 2010 tournament in South Africa, Boateng’s market value soared, making it possible for him to be offered a lucrative contract to play for AC Milan in Italy. However, after he landed the lucrative contract with the Italian Serie A club, he refused to have anything to do with the Black Stars until the team came close to making another World Cup appearance.

It is this lackadaisical attitude by some foreign-based Ghanaians that has created deep disaffection among football fans for players born overseas to Ghanaian parents who are allowed to play for the national team on a silver platter after others have sacrificed and toiled to qualify the team for major tournaments such as the World Cup. To those football fans, monkeys cannot continue to work for the ‘baboon to chop from the monkey’s labour.’

These critics contend that those who laboured to carry Ghana to the World Cup tournament in Qatar should be motivated to embark on the adventure to battle with the rest of the world at the elite division.

Incidentally, in modern football, and especially on such a big stage, where the best football nations on the globe assemble to fight for honours, it is always important to be strategic and also consciously venture with well-prepared and quality players to make a positive impact.

This is the reason why Ghanaians need to have a big heart to accommodate the ‘prodigal sons’ who have now realised that they cannot do without Ghana if they want to display their football potential in front of the world.

Their presence in the team will not only create much competition among the playing body but is also likely to offer the technical team the opportunity to have a big pool of quality players from which to base their selection in such a competitive tournament.

It is the expectation of all that, the technical team who offered a platform for these foreign-based players to be part of the Black Stars will not offer them automatic selection just because they play in Europe.

It is an open secret among football fans that some gurus at the FA influence team selection, especially during a call-up to such a big stage in world football.

Just as foreign-based players have now seen it as a platform to show their potential for bigger offers in future, so should all quality players, irrespective of where they ply their football career, be offered an equal opportunity for team selection.

It is also the expectation of all that the technical team should not be biased in their team selection as Ghana prepares to fight for honours in Qatar 2022, just as they did in the Germany 2006 and the South Africa 2010 tournaments.

Unlike the Brazil 2014 World Cup where monetary consideration, lack of commitment, indiscipline and other petty issues blinded the eyes of some players and stakeholders that made Ghana exit the tournament at the group stages, both the 2006 and 2010 World Cups created a platform for Ghana to exhibit our God-given talents in football.

We have another opportunity to let the world appreciate that our brand of football is on the ascendency, but we can only do so if the right players are selected for the tournament.

With the arrival of our ‘foreigners,’ the technical team has an opportunity to test their pedigree during some of the qualifying series of the Africa Nations tournament before the World Cup. With this, the technical team will be in the position to see the quality or otherwise that these new arrivals have brought on board.

It will also offer the technical team a solid first team and quality bench, just as happened in the 2006 and 2010 World Cup tournaments.

It is for this reason that every player who merits team selection should not be ignored. The technical team should undertake a manhunt to search every hamlet to scout for the best among the best for selection for the Qatar 2022 adventure.

Nothing should, therefore, be left to chance, as Ghana joins the rest of the world to fight for honours as far as the World Cup adventure is concerned.

Selection to the team should, therefore, be devoid of names, personalities and godfather links. With this, the Black Stars will fly the flag of Ghana very high as they battle Portugal, Uruguay and South Korea in the group stages.