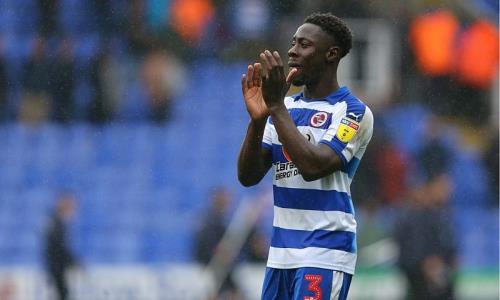 Ghana and Reading FC right-back Andy Yiadom has revealed his rise from Non-League to the English Championship saying he was offered £50 per week.

The 26-year-old after being released by Watford as a youngster has worked his way up the divisions after starting out playing for Hayes & Yeading in the National League.

The fast-rising defender also offered an insight into his experience of playing in football’s lower leagues – and it all started through an evening on the tiles.

“Funnily enough, I was on a night out and I heard a guy who I knew was going on an open trial at Hayes & Yeading,” Yiadom disclosed ahead of Millwall FC clash over the weekend.

“So, I went along to the trial – obviously it was very grueling. You’ve come from Watford with a nice training ground and, no disrespect to Hayes & Yeading, but going to the training ground which had a cabin for a changing room and loads of people there, you’re wondering what’s going on.”

Yiadom clearly showed his potential in front of his prospective employers in England’s fifth tier, though, as the potential trialists gradually got whittled down and the full-back was left with a crossroads in his life with a key decision to be made – whether he was going to follow his sporting ambitions, or step away and find another path.

“I was there and going every day, getting through after it was getting cut down after every week or so, and I was still there. The manager, Garry Haylock called me into his room and said he wanted to offer me a deal. I wasn’t over the moon, but I knew it was a start,”

“It was full-time because they were in the Conference Premier at that point, but they basically offered me travel expenses – which was around £50 per week”.