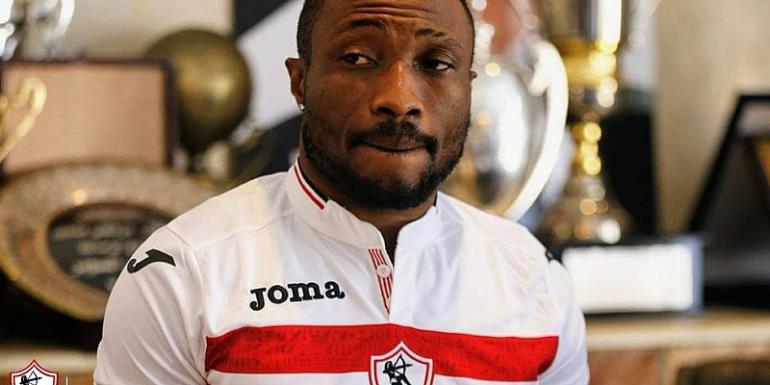 Ghanaian forward, Benjamin Acheampong will be joining an Egyptian top-flight club in the transfer window, footballghana.com can report.

The attacker has been out of action for some months now following his fallen out with his agent Wael al-Kharbatawi.

Though the case ended up in court with the player subsequently sentenced for failing to pay some fee to his agent following his move to Zamalek, both parties have now reconciled as they look ahead into the future.

Speaking in a recent interview with FilGoal.com, agent Wael al-Kharbatawi has shared that Ben Acheampong will be in Egypt next month to begin negotiations for a move to a club in the January transfer window.

"The player will be in Cairo next month and he will move to one of the central clubs in the leagues”, Wael al-Kharbatawi said.

During Acheampong’s stay with Zamalek in 2017, he only featured 6 times and netted two goals in the process. He is hoping to revive his career in January when he secures a transfer to a new side.