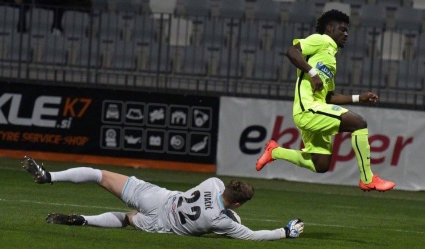 Ghanaian international Courage Pekuson has been named in player of the week in the Slovenian top flight league after scoring for Koper FC.

The youngster made the headlines after scoring a brace for his club in their 4-1 win over ŠRC Bonifika.

His splendid  performance in the game earned him the Most Valuable Player of the week.

He has so far scored 4 goals in 16 appearances for Koper FC this season.