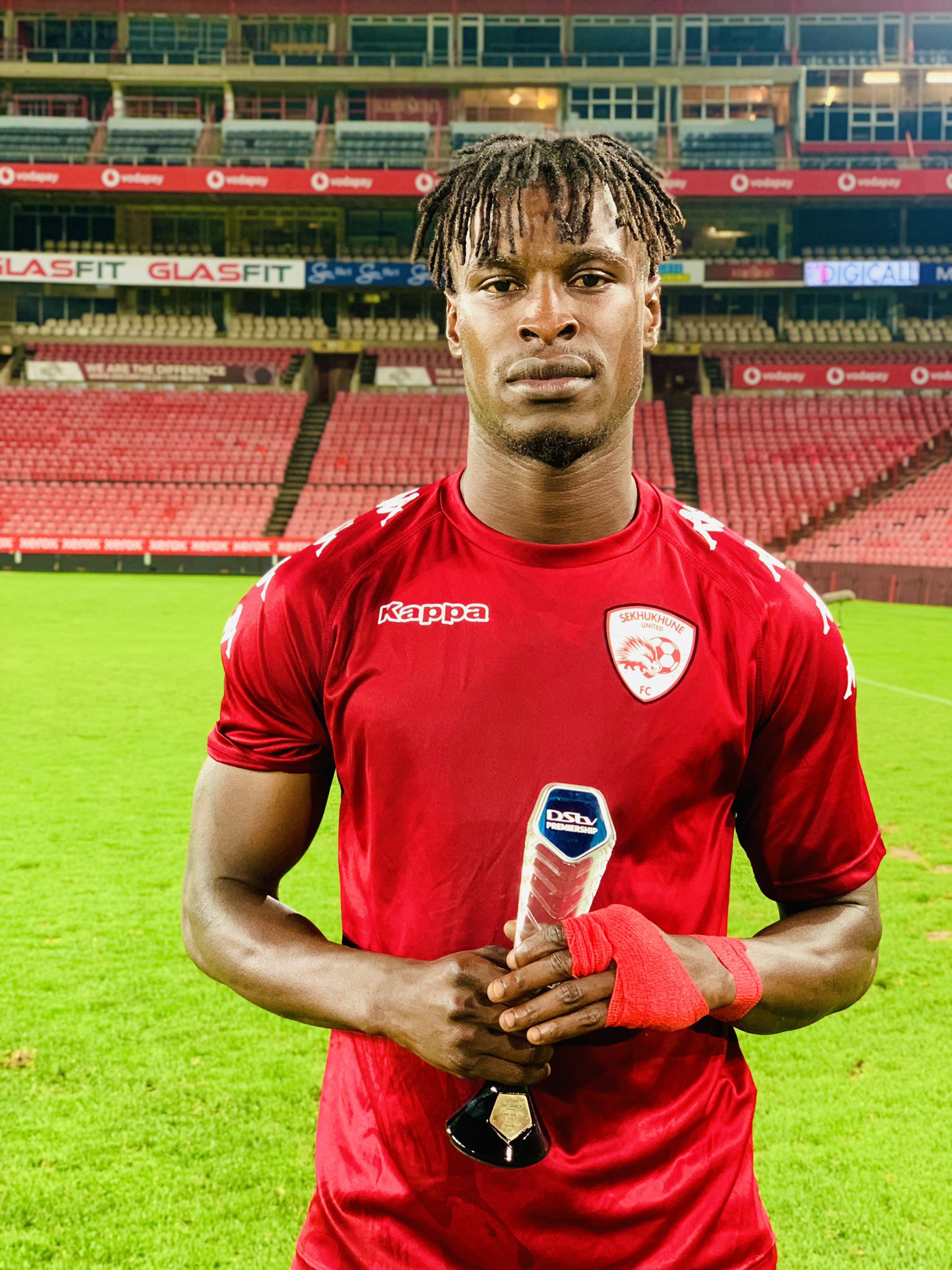 Ghanaian international, Edwin Gyimah was named Man of the Match on Saturday afternoon after an impressive performance for Sekhukhune in the win against Royal AM in the South African PSL.

The midfielder was in action for his team yesterday when they locked horns with their matchday opponent in the 2021/2022 Premier Soccer League in South Africa.

On the matchday, Edwin Gyimah performed well and scored in the second half on the back of a first-half that had ended goalless.

Although Royal AM after conceding tried to come back into the game, the Ghanaian and his teammates defended resolutely to cruise to the vital victory at the end of the contest.

Courtesy of the win, Sekhukhune have climbed to 3rd on the standings of Premier Soccer League with 20 points from 11 matches this season.

In an assessment after the game, Edwin Gyimah was recognised as the Man of the Match.

Gyimah in the last few appearances has excelled and is gradually becoming a key player for his team.