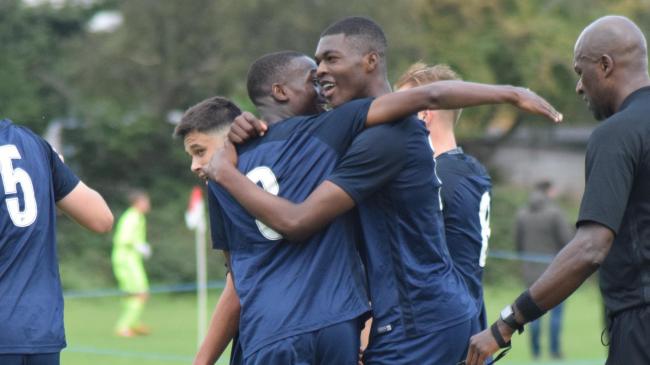 Ghanaian forward Emile Acquah scored a brace on Friday evening to help the u-23 side of Southend United to post an emphatic 4-1 win over Fleetwood Town’s u-23 in the first qualifying round of the Premier League Cup.

The two sides locked horns at the preliminary stage of the competition in hopes of ousting the other to secure promotion to the next round.

At the end of an entertaining match, however, it was Southend that walked away with the needed result to propel them to the second round of the Premier League cup.

Emile Acquah bagged a brace of headers in the second half with some sleek pair of assists from Harvey Saunders.

The losers pulled one back but another brace from Southend’s danger man Matt Rush was enough to guarantee them a huge win the in the Cup competition.

The Blues will now either host Scunthorpe United or Shrewsbury Town in the next round.

Acquah is in fine form and will be key in subsequent matches, not only in the cup but in the u-23 League where they seem to be struggling.