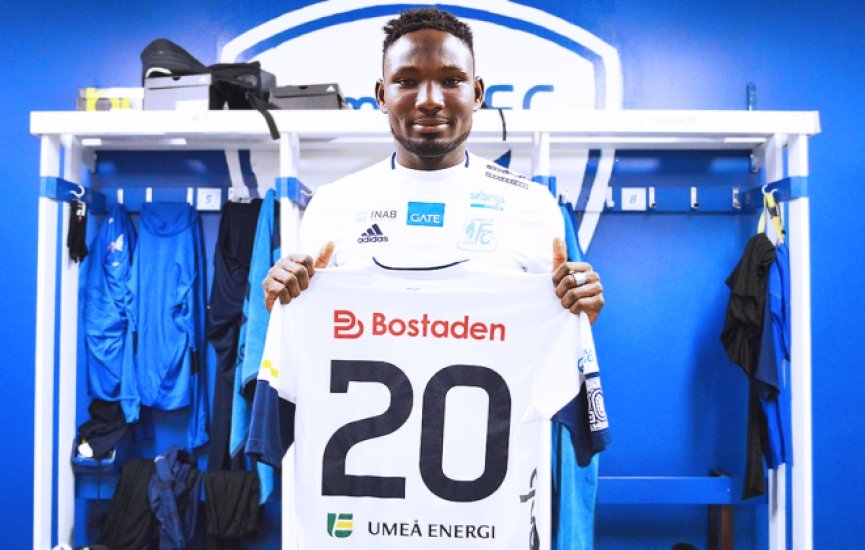 Yeboah lasted the entire duration of the game as his side sealed promotion on the away-goal rule at at Vikingavallen in the promotion/relegation playoff second leg.

Umeå FC, who finished second in the D1 (Swedish second-tier), were tied 3-3 on aggregate after two legs but sailed through by virtue of the two away goals scored by Nigerian Isaac Boye.

The 22-year-old joined the Swedish side from Ghanaian lower-tier side Madina Miracle FC in 2017 after his stints with Ghana Premier League sides Great Olympics and Medeama SC.

The highly-rated youngster made 27 appearances and scored five goals during the regular season in the Division 1.