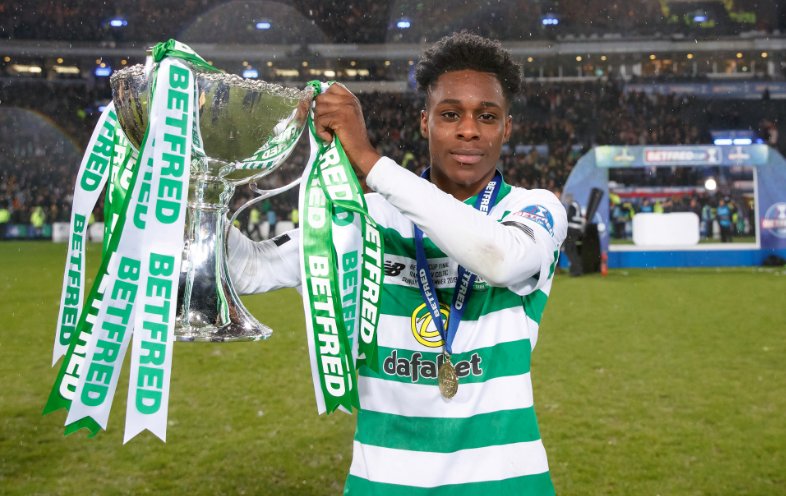 Ghanaian defender Jeremie Frimpong has expressed his delight after winning his first-ever silverware with Celtic, having defeated Rangers 1-0 in the Scottish League Cup final.

The 18-year-old was shown a red card after fouling Alfredo Morelos in the box, moments after Christopher Jullien had slammed in the winner with the Hoops' only shot on target at the Hampden Park on Sunday.

His foul on Alfredo Morelos handed Rangers a glorious opportunity to equalise but Fraser Forster came to their rescue as he saved the Colombian's penalty.

After the game, the highly-rated youngster couldn't hide his excitement.

"Oh my days," he told the BBC. "When I was sent off like that, I was inside panicking," he added.

"Worst feeling ever. Every time Rangers got the ball I was just panicking.

"But then it felt like time was going so slow. The team held it through and obviously I was buzzing man, buzzing."

He joined Celtic in the summer from Manchester City and has been one of the consistent performers for the club so far this season.