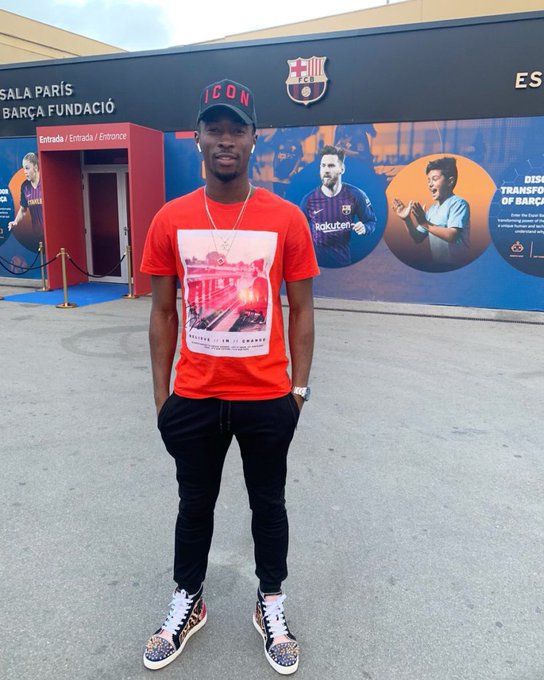 Hamstald BK are in Barcelona intensifying preparations ahead of the start of the Superretan league next month.

The 25-year-old who has been in tremendous form for the Swedish side, scoring four in four games in the Svenska Cup before their elimination at the hands of AFC Ekilstuna, watched his idols dazzle at the Camp Nou.

Lionel Messi scored twice and set up two more as Barcelona reached the Champions League quarter-finals for a record 12th consecutive year with a last-16 win over Lyon.

Barca took the lead when Messi chipped home a penalty.

Messi clinched the game with a run and finish before assisting late strikes from Gerard Pique and Ousmane Dembele.