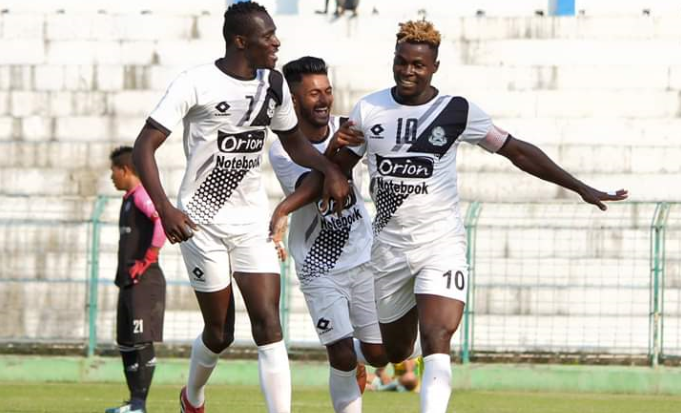 Mohammedan Sporting had a scrappy start and couldn’t hold on to the ball for long but they pressed on and in no time broke the deadlock through Ivorian striker Desmond Kuoassi in the 38th minute of the game.

Tetteh scored his brace in the 43rd and 70th minutes respectively to register his 5th goal of the season in India and also ended Chhinga Veng’s unbeaten run in the league.

They currently sit 3rd on the league table with 10 points after seven round of matches so far this season.

Mohammedan Sporting Club play host to TRAU FC in the next game.