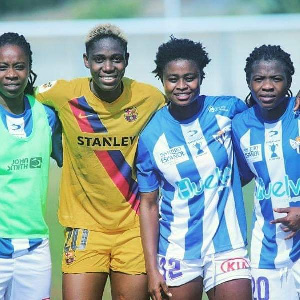 Adubea came off the bench in the 77th minute to replace Yoko Tanaka as Sporting de Huelva suffered a 1-0 defeat.

Nigerian forward and three times African Women Player of the year Asisat Oshoala broke the deadlock for the Catalan side in the 29th minute of the game to seal the maximum points for the visitors at the Neuvo Colombino.

The defeat is the fourth for Sporting De Huelva this season after a slow start to the campaign leaving them just a place above the bottom of the table.

The 20-year old Ghanaian attacker is yet to score for the Spanish outfit so far this season.