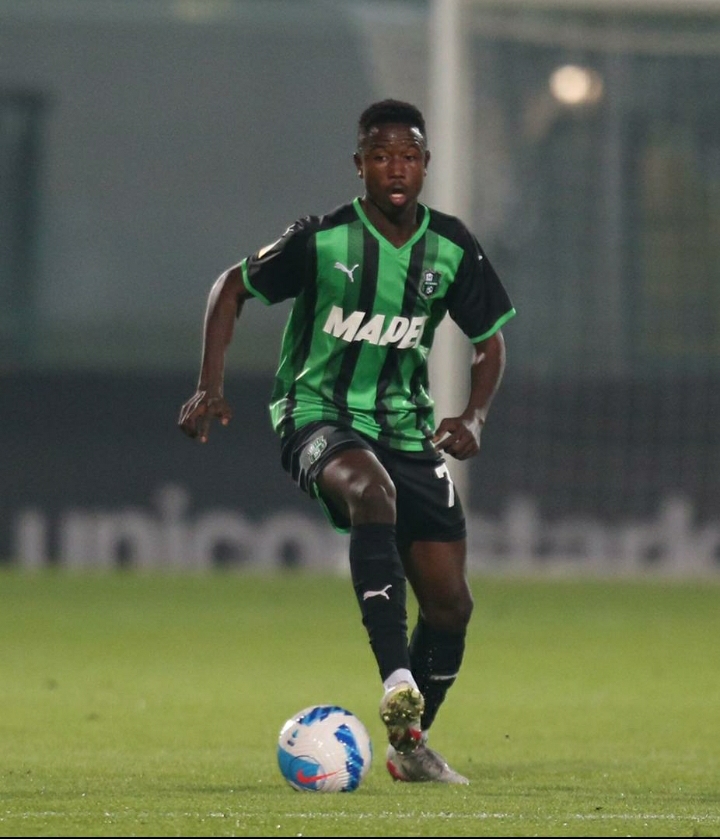 Sassuolo's Primavera midfielder, Salim Abubakar has received a call up to be part of the first-team squad for their Serie A encounter against Empoli this afternoon.

Abubakar who is a key member of the Sassuolo U19 side is the latest young Ghanaian footballer to feature in a Serie A matchday squad after the resumption of the league last Thursday.

He joins fellow Primavera and ArthurLegacy colleagues Justin Kumi who was on the bench for the Neroverdi in midweek against Genoa.

Ebenezer Annan was also part of the Bologna team announced to face Inter last week. Unfortunately, that match was postponed.

The Sassuolo's first-team squad have been depleted with the spread of Covid 19 in camp. Hence the decision of manager Alessio Dionisi players in the Primavera players such as Salim Abubakar and Justin Kumi opportunities with the first team.