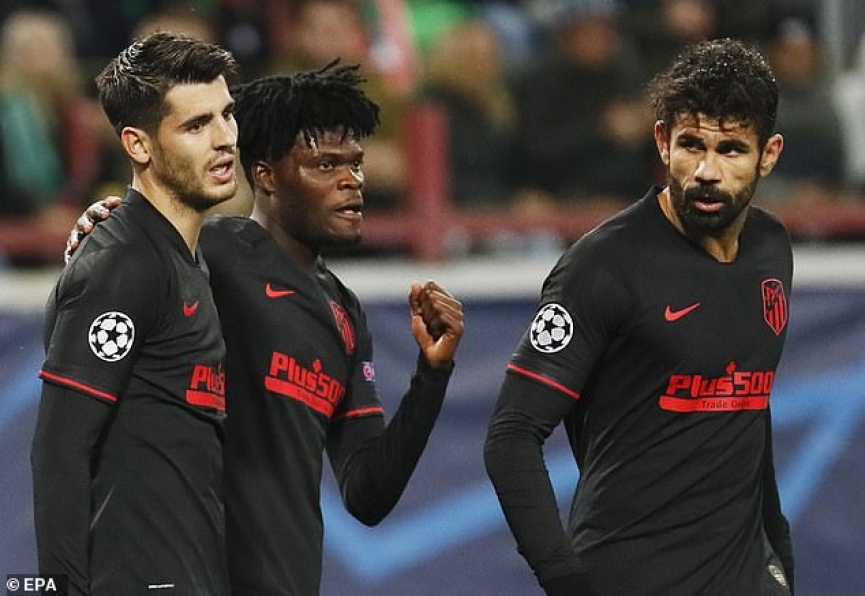 Ghanaian midfielder Thomas Teye Partey was on target for Atlético Madrid in their 2-0 away win over Lokomotiv Moscow in the UEFA Champions League on Tuesday evening.

The Spanish side secured their first victory in the group stage at the RZD Arena in Moscow.

After a goalless first half, Portugal international Joao Felix gave the visitors the lead in the 48th minute of the game.

Ten minutes later, Partey doubled his side lead to complete a comfortable 2-0 victory over the Russian club.

The 25-year-old lasted the entire duration of the game with a scintillating performance.

The former Arsenal and Manchester United transfer target has scored two goals in eight appearances for Atlético Madrid in all competition so far this season.