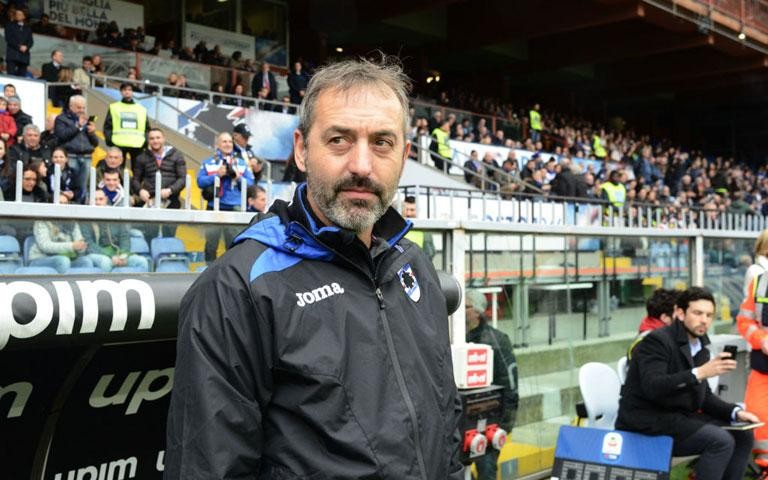 Marco Giampaolo spoke in the pre-match press conference on the eve of Sassuolo-Sampdoria, 28th Round of the Serie A TIM 2018/2019.

“We need to try and acquire the self-belief Atalanta have developed after their achievements in recent seasons and this game against Sassuolo is the perfect opportunity for us to do so,” the boss told the gathered media on the eve of the Serie A fixture: “Having said that, we don’t necessarily have to win tomorrow but we must get our approach right. It will be a tough, tricky game between two sides who both try to play good football and stick to their playing principles.”

Sassuolo, who go into Saturday’s game in 12th place on 32 points, recently held Napoli to a 1-1 draw but haven’t won at home since 26 January, when they beat Cagliari 3-0: “Sassuolo are a very good side with some excellent players who are very comfortable on the ball. They play an ambitious style of football and they’ve picked up some great results this season. I rate [Roberto] De Zerbi very highly. He’s just 40 and has a great career ahead of him.”

The Blucerchiati may have slipped behind in the race for European football but Giampaolo insists all is not lost yet: “We have four points less than we did at this stage in the first half of the season but if we look at our upcoming opponents we only got two points from them in the reverse fixtures. There are 33 points still to play for so there’s time to make up the lost ground. However, if we want to stay on the tail of the sides above us we need to play every game with confidence and belief.”