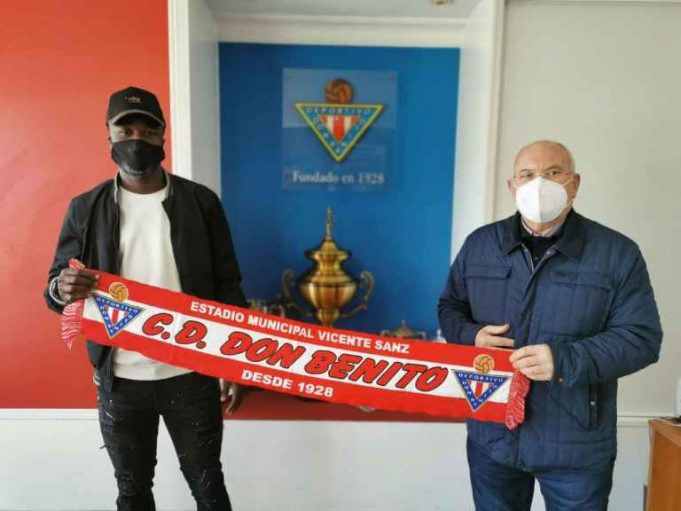 The forward joins the Spanish lower-tier side on a free transfer until the end of the 2020/21 season.

At the age of 21, this is his third team in which he will be a member of since he has already passed through Extremadura UD Juvenil and in the last two seasons he was at Montijo.

He showed his best performance last season with more than twenty games played in which he was able to score seven times.

It is the first time that he has landed in a Second Division B team and he does so as an U23 center forward.

On Wednesday he formalized his contract with the president of the club, Manuel Velarde.