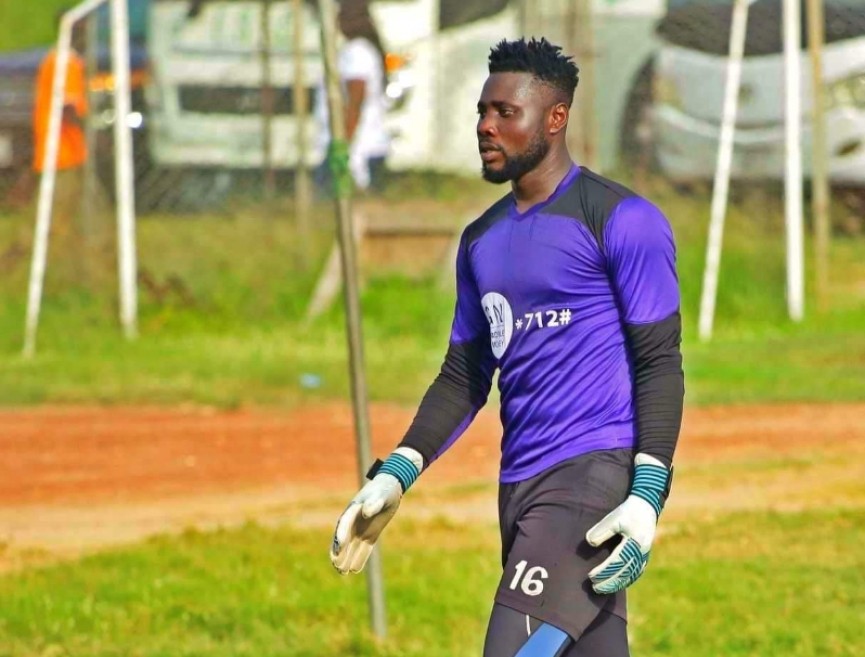 New Accra Hearts of Oak signing, Richard Attah has shared that there is strong competition in the goalkeeping department of the club and hence each player in his position will have to work hard in order to be handed a starting role.

The goalkeeper joined the Phobians last weekend on a free transfer after partying ways with Central Region-based Elmina Sharks.

He has met Richmond Ayi and Ben Mensah at the club who he will be competing against for playing time when the 2019/2020 Ghana Premier League season starts.

In a recent interview with Bryt FM, the highly-rated Richard Attah says it’s not going to be easy to break into the starting eleven of the Phobians.

He explained, “It’s not going to be easy but everything is in the hands of the coach. I think any of the goalkeepers can deliver when given the opportunity”.

Richard Attah continued “With Hearts of Oak having great goalkeepers like Ben Mensah, Richmond Ayi and I, I think selection will be done based on performance”.