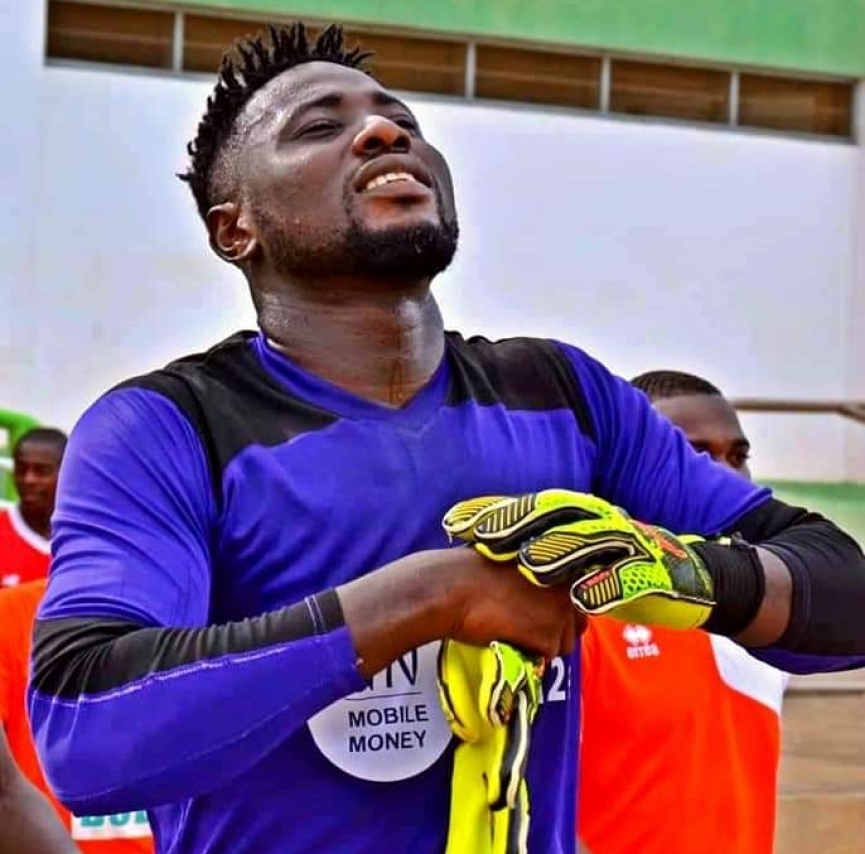 Richard Attah has bid farewell to Elmina Sharks ahead of his possible switch to the Hearts of Oak.

The 24-year-old is set to pen a deal with the Phobians on a free transfer following the expiration of his contract with Sharks in the ongoing transfer window.

"I write this piece with an emotional pen impregnated with love and unforgettable moments during my time with Elmina Sharks FC," Attah wrote this on his official Facebook account.

"I enjoyed indelible moments both on and off the pitch but like the game itself, they are times you move on.

"Clubs move on from horrid spell and get better same like players move from one club to another."

"It is time to bid goodbye to my colleagues, to the fans, the club owner and administrators and above all to the people of Cape Coast and all supporters of Elmina Sharks."

"I leave shoulder high having never lost a single match in 31 attempts at the Ndoum Park with 21 clean sheets to match. It is a record that makes me happy as we COLLECTIVELY fought for it. I will always be a part of Elmina Sharks even when I am outside the country or the continent at large. We were a big family during trying times, happy times and will be friends till eternity."

"My new destination will be announced to football world very soon but my first home remains Elmina Sharks FC. When Sharks stormed the water body, Preys run away and will continue to run away in my absence."

He has established himself as one of the best shot-stoppers in the Ghana Premier League since joining Elmina Sharks from second-tier side Okyeman Planners ahead of the 2016/17 season.