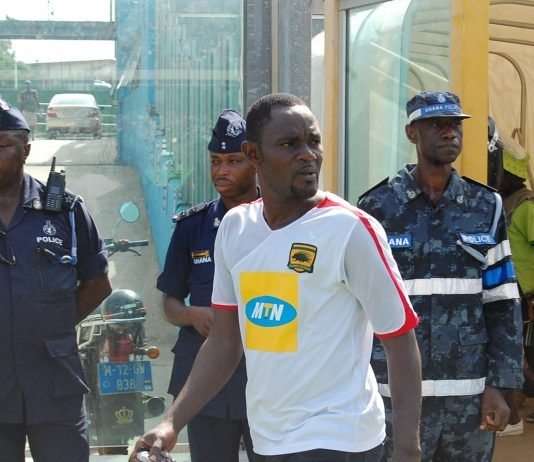 Interim coach of Kumasi Asante Kotoko, Godwin Ablordey has been tasked to transform the team into playing beautiful and attractive football.

Ablordey was confirmed as caretaker coach of the Porcupine Warriors after Zdravko Logarusic was fired on Sunday following a run of poor results in the Ghana Premier League.

Kotoko under the tutelage of Lugarusic this season, have recorded five wins, four draws and just two loses in 11 matches and only scored once in their last four matches.

The Croat was fired right after the team’s draw with Ebusua Dwarfs on Sunday with Godwin Ablordey expected to change the fortunes of the club.

According to editor of the Kototo Express, Jerome Otchere, stop gap coach Ablordey has now been tasked to play beautiful football.

“With the agitations of the supporters, sometimes you need to stay back and grant them their wish but time will vindicate whether the decision to sack Zdravko Logarusic was the best,” Jerome said in an interview with Asempa FM.

“It is a big issue for the club and even more arduous for Godwin Ablordey who has been tasked to play beautiful football. It will not be easy but we will give him the best of support he needs to succeed.”