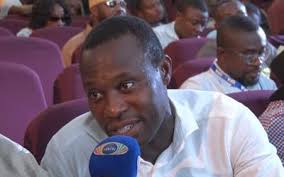 Former Great Olympics player and coach Godwin Attram believes that planning and the structures of Oly Dade has been a major problem of the club.

He played for the Great Olympics youth team from 1996 to 1998 and after a long journey through Europe and the Arab nations, he returned as a player coach to the Ghana Premier League outfit in 2015.  The 39 year old has strongly advocated for the formation of an ex-players committee to help the club in diverse ways.

“The problem Great Olympics is facing now is the structures and planning. I spoke to the new board. What I told them is that, since the board has been formed now," he told Joy FM.

"They should form ex-players committee. They will scout players for the coaches. If they are able to form the committee, it will support the club big time. They can get better youth, better players and more transfers abroad to get big money.”