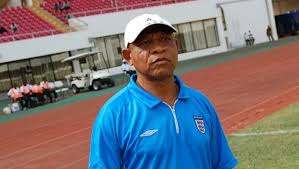 Former African footballer of the year,  Abdul Karim Razak is  very unhappy that he is never been offered any coaching jobs at the national team level.

The 1978 AFCON winner believes that no official of the Ghana Football Association wants to back him and has never been considered.

"People are overlooking me and I don’t understand. May be because I don’t have any God father at the FA or I stay in Kumasi and they don’t see me so they think I’m dead,” he expressed his frustration on Luv FM’s  Kick Off Sports show.

“If you don’t have a God father they don’t consider you. Sometime ago they said I should bring my CV.  I sent it twice but they didn’t mind me.”

He narrated the moment an FA official bluntly told him he won't get the job during the period James Kwasi Appiah got it.

“I remember the last time they put Kwesi [Appiah] there, I was one of those who sent my CV then someone from the FA told me, ‘coach I saw your CV and if we are going by CV you have no problem but you will not get the job’.”

He added that he will be very happy even if they give him a youth level job at the national team.

“Even if you put me at the youth level  bringing them up is not bad but nothing at all? This makes me upset.”

Despite his struggles after football, he maintains that he is proud of what he did on the pitch.

“When we are talking about football I can be proud of myself as a player and as a coach where I’ve reached,” he said.