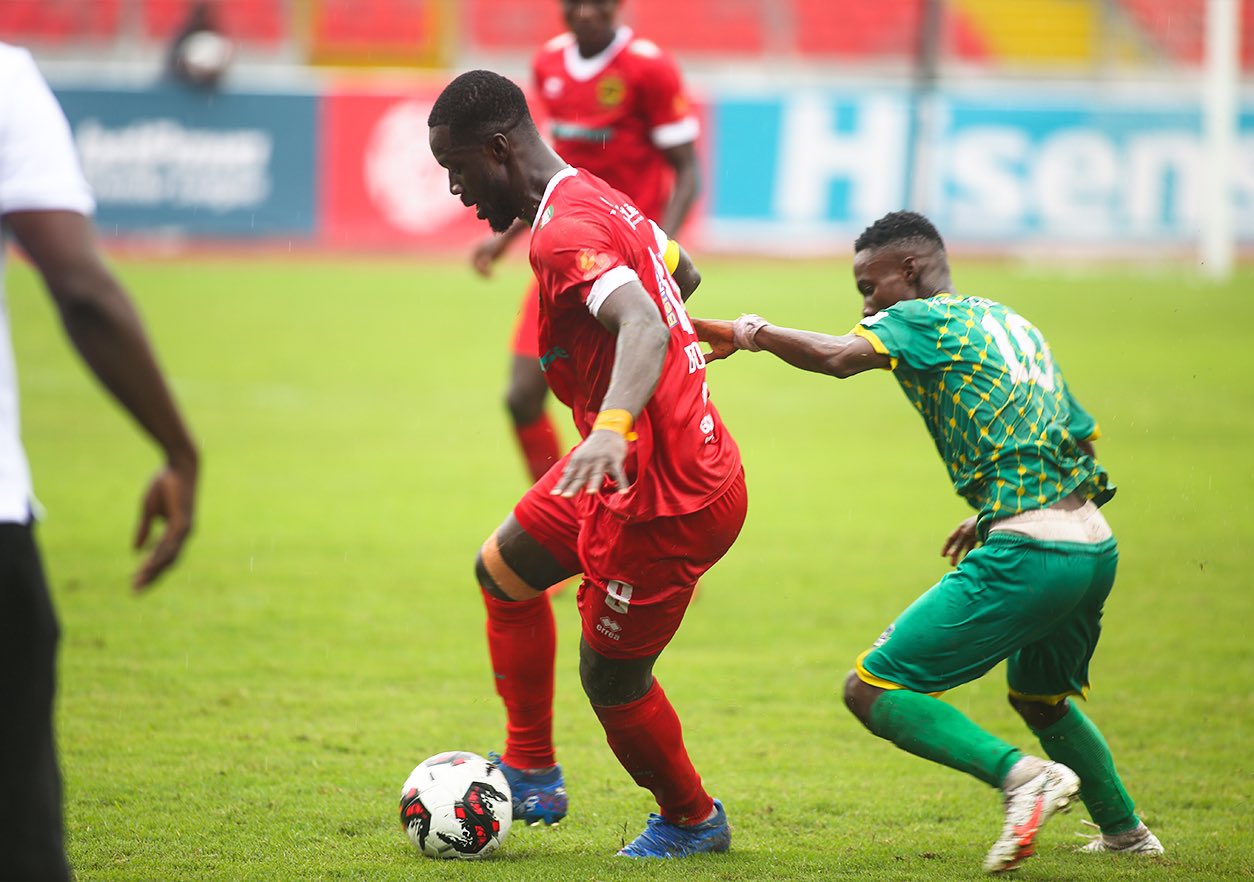 The Porcupine Warriors only played their first match over the weekend when the team locked horns with Hearts of Oak at the Baba Yara Sports Stadium.

At the end of that matchday three encounter, both teams went home with a point on the back of a 1-1 draw.

After that game, Asante Kotoko only had a few days to prepare for one of the two outstanding matches against Nsoatreman FC.

In the game today, the Reds needed just 15 minutes to score. A penalty awarded to the side was converted by Stephen Amakona to give the home team the lead.

Two minutes after the break, teenage sensation Isaac Oppong also got his name on the scoresheet to double the lead for Asante Kotoko.

Although Nsoatreman FC would pull one back through Philip Ofori, the team could not come back to earn any point from the match.

In the end, Asante Kotoko held on to bag all three points from the narrow 2-1 win.