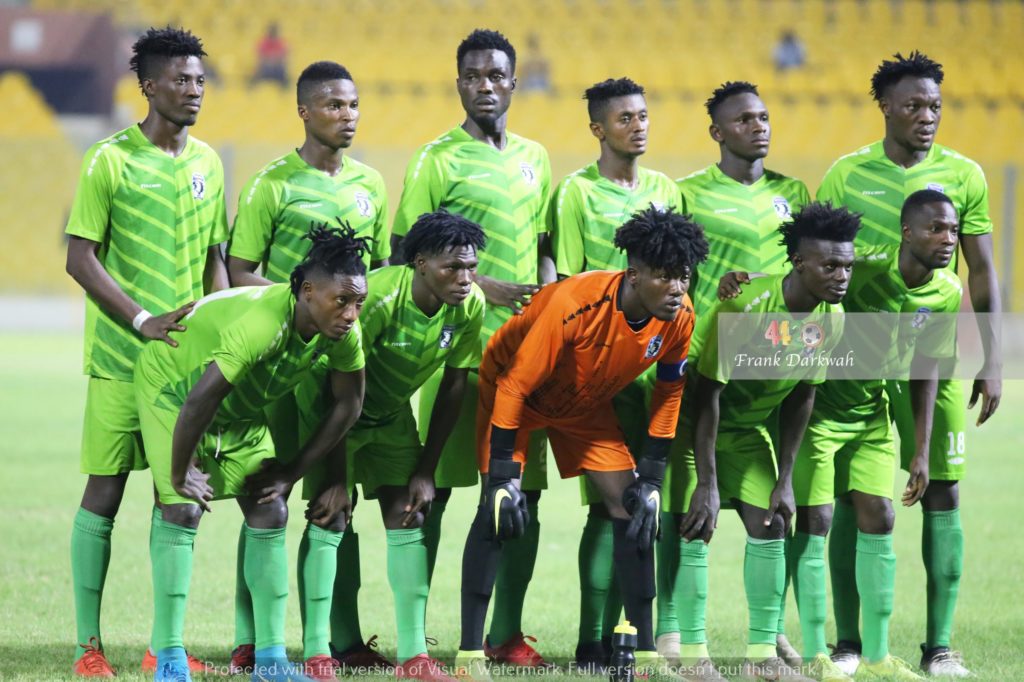 Bechem United have maintained their Ghana Premier League status after beating giants Asante Kotoko in the penultimate match on Sunday.

The Hunters inflicted a 2-1 defeat on the Porcupine Warriors in matchday 33 of the domestic top-flight league at the Nana Fosu Gyeabour Park.

Steven Owusu scored a brace in the first half of the game before Sarfo Taylor scored a consolation goal for Asante Kotoko.

The victory against the Kumasi based club has confirmed their stay in the Ghana Premier League for the upcoming season but has ended Kotoko’s dream of winning the league as well.

With a game to end the season, Bechem United sit 12th on the table with 42 points whereas Kotoko occupy second spot with 57 points.