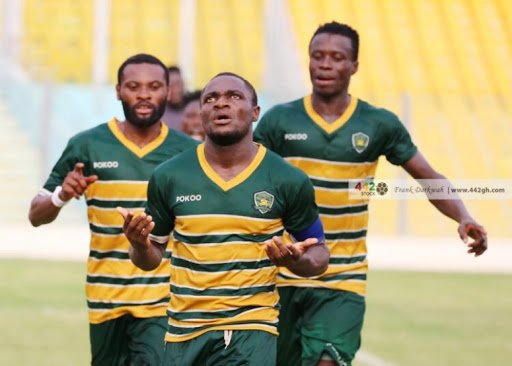 Both teams have struggled since the 2020/2021 Ghanaian football season commenced. Although Dwarfs at a point went on a good run and was a mid-table side, their recent poor form has seen them drop on the league standings.

Going into the match against Inter Allies sitting in the relegation zone, Ebusua Dwarfs have managed to record an important win that could well save them from the drop.

In a game played at the Cape Coast Stadium, the home team equalized after 9 minutes into the first half when George Asamoah found the back of the Inter Allies FC net with a fine effort.

The win sees Ebusua Dwarfs climb out of the relegation zone while Inter Allies stay bottom of the log.