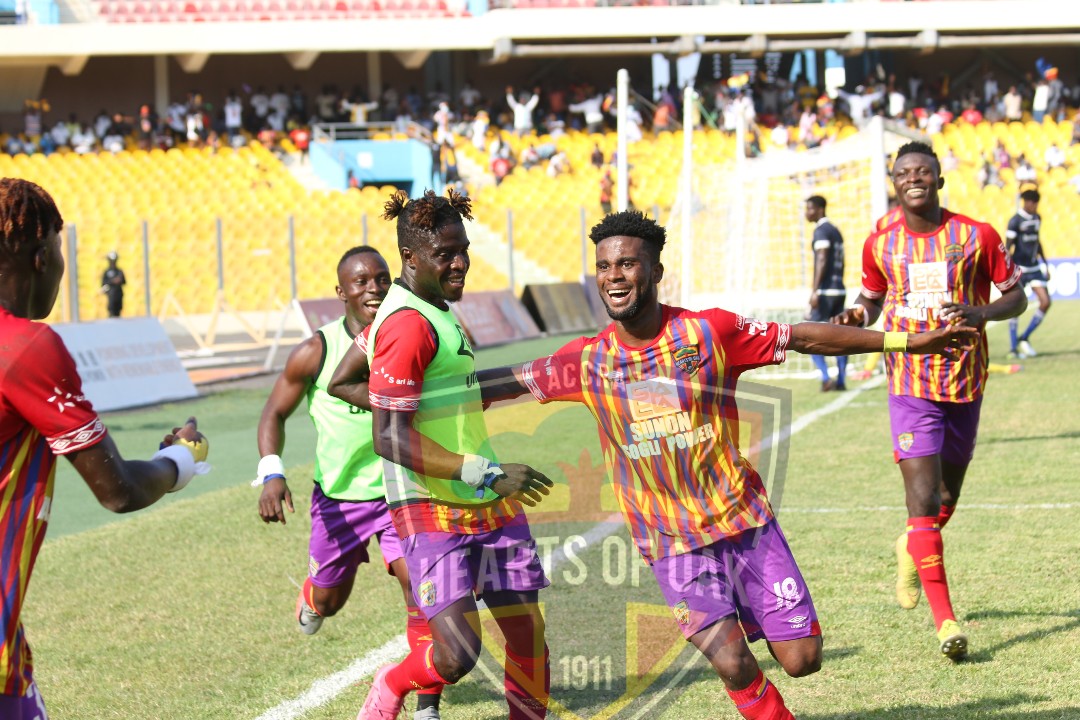 Hearts of Oak on Sunday picked a point from the clash against Liberty Professionals to seal the Ghana Premier League title.

The Phobians since the start of the 2020/21 football season have been working to clinch the league title to end an 12-year wait.

Although the team started the campaign slowly, they have been in unstoppable form since head coach Samuel Boadu took over as the new head coach.

At the Accra Sports Stadium, Hearts of Oak hosted Liberty Professionals in a matchday 33 encounter of the Ghana Premier League title.

On the matchday, in-form attacker Daniel Afriyie Barnieh equalized in added time of the first half to give the home team the lead.

Although Liberty Professionals will equalize through Kwame Paul to push for a 1-1 draw, it does not matter as Hearts of Oak still wins the Ghana Premier League title, especially with Asante Kotoko losing to Bechem United.

It is the 21st league title the club has won, and the first in the last 12 years.