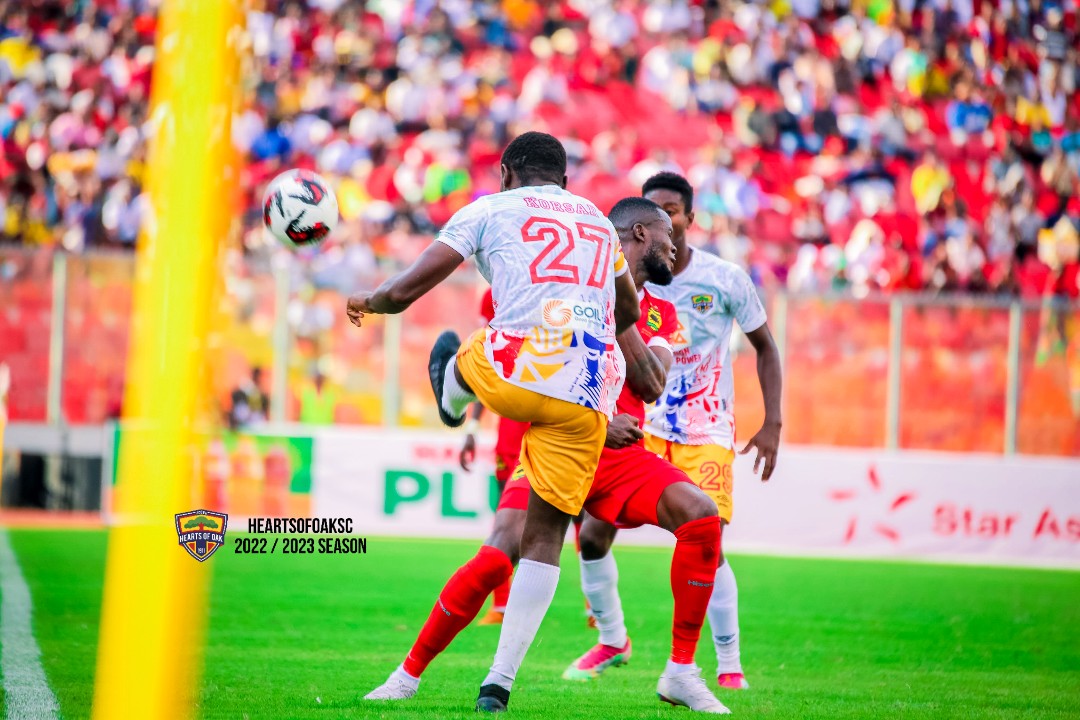 Hearst of Oak had to dig deep on Sunday afternoon to come from behind to draw 1-1 against Asante Kotoko.

The Phobians played as a guest to the Porcupine Warriors earlier this afternoon in the first Super Clash of the 2022/23 Ghana Premier League season.

In a game played at the Baba Yara Sports Stadium, the hosts dominated the first half and created several goal-scoring opportunities.

Unfortunately, the team could not score and had to settle for a draw at the end of the first half.

Early in the second half, Asante Kotoko mounted pressure on Hearts of Oak and finally got a breakthrough in the 59th minute.

Defender Yussif Mubarik scored with a fine effort to shoot the Reds into a deserved lead.

Unfortunately, for Asante Kotoko, the team could not hold on to the finish line. Hearts of Oak scored late in the 88th minute through defender Caleb Amankwah to force the match to end in a stalemate.