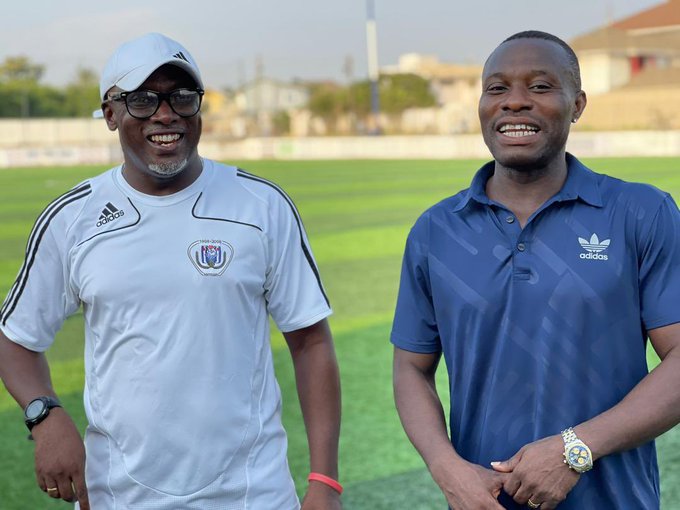 Godwin Attram has returned to Accra Great Olympics as the assistant coach of the club.

On Tuesday, the Ghana Premier League side announced teh appointment of Yaw Preko as the interim manager of th club.

Annor Walker, who is the head coach of the side has been on a sick for the past weeks which has led to the struggle of the club in the last two matches played.

The two times Ghana Premier League champions have been churning out some brilliant results in the ongoing 2020/21 season.

Olympics have suffered back to back defeat against Aduana Stars and Ashgold without the guidance of Annor Walker.

Following the appointment of Yaw Preko, Godwin Attram, who played for the club and coached the club has returned to the club as the new assistant trainer.

Preko and Attram led the team to train at the La McDan Park ahead of their matchday 9 game against Inter Allies on Friday at the Accra Sports Stadium.

Great Olympics are currently 7th on the league log with 11 points.