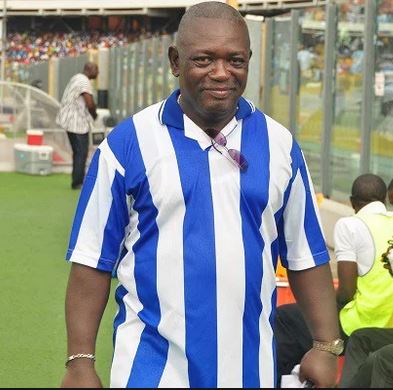 The Chief Executive Officer of Great Olympics, Oloboi Commodore is confident his outfit will win the 2020/21 Ghana Premier League title.

Olympics are 4th on the league table with 45 points, five adrift leader and city-rivals, Hearts of Oak after 28 matches played so far.

The Oly Dade lads drew 1-1 with Hearts in the Ga Mashie derby on Sunday.

According to Oloboi Commodore, Great Olympics will be crowned winners of the Premier League at the end of the season.

"We are going to win the premier league trophy this season checking from our position we are now," he said.

"Kotoko and hearts of oak has a match to play which is going to favour us so we going to win the trophy.

"But incase it didn’t happen then we will think of being in the top four."