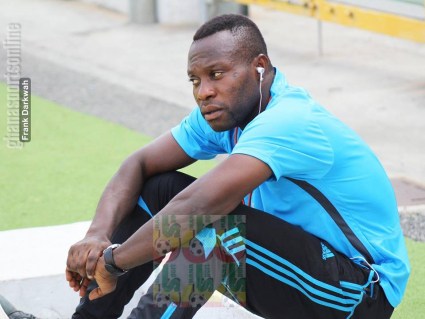 Great Olympics player-Coach Godwin Attram has officially resigned from his duties at the Club following the appointment of Tom Strand as new head coach.

Attram tendered in his resignation letter on Wednesday, a day after Swede trainer Tom Strand was confirmed.

The ex-Ghana International had hinted he would leave should Strand be appointed head Coach for the team.

Olympics officials had initially re-assigned Attram to the assistant Coaching role but sources at the Teshie-based Club reveal the former Black Stars player has relinquished his post. Great Olympics have been struggling since making a return to the Ghana Premier League.

The former League Champions have only won one out of their 11 matches played so far in the League.