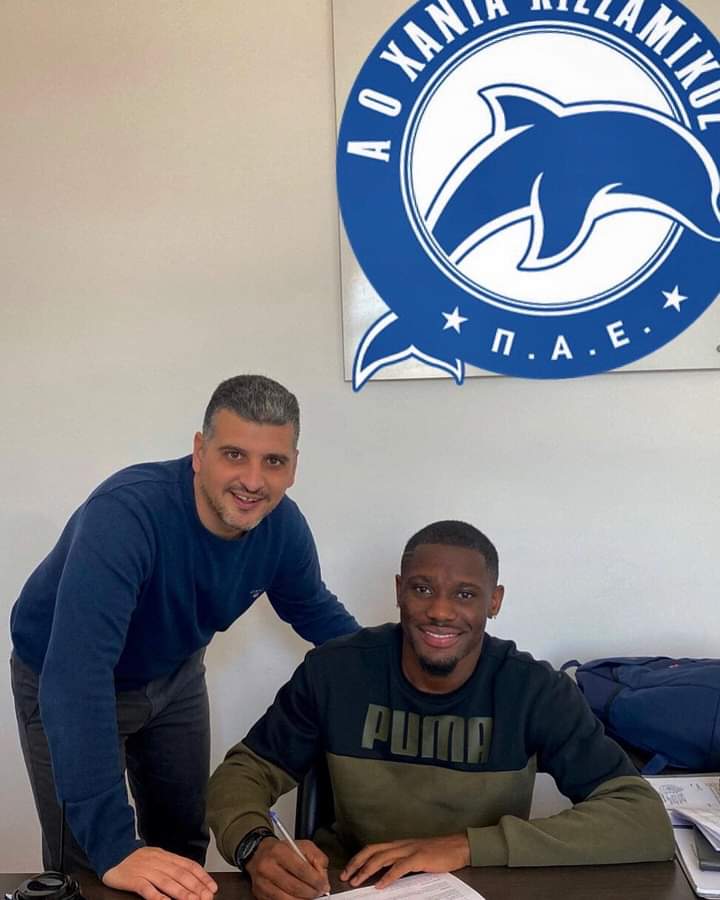 Greek side PAE Chania FC have completed the signing of Ghanaian defender Kingsley Fobi on a free transfer.

Fobi joins the Greek Super League 2 outfiton a two-year deal and has already marked his debut for the club.

The 23-year-old has been without a club since leaving Recreativo Granada in July 2021.

The former Ghana U20 star was introduced in the second half of Chania's league against Diagoras Rodou last Wednesday.

Fobi joined Italian Serie A club Udinese Calcio in January 2016 from Right to Dream Academy in a deal worth around €300,000.

The 23-year-old moved to Granada U19 immediately after signing for Udinese before heading Watford U23 a year later.

Fobi enjoyed loan spells at SD Formentera, UD Ibiza and CD Badajoz before he signed for Recreativo Granada in August 2020 on a free transfer.