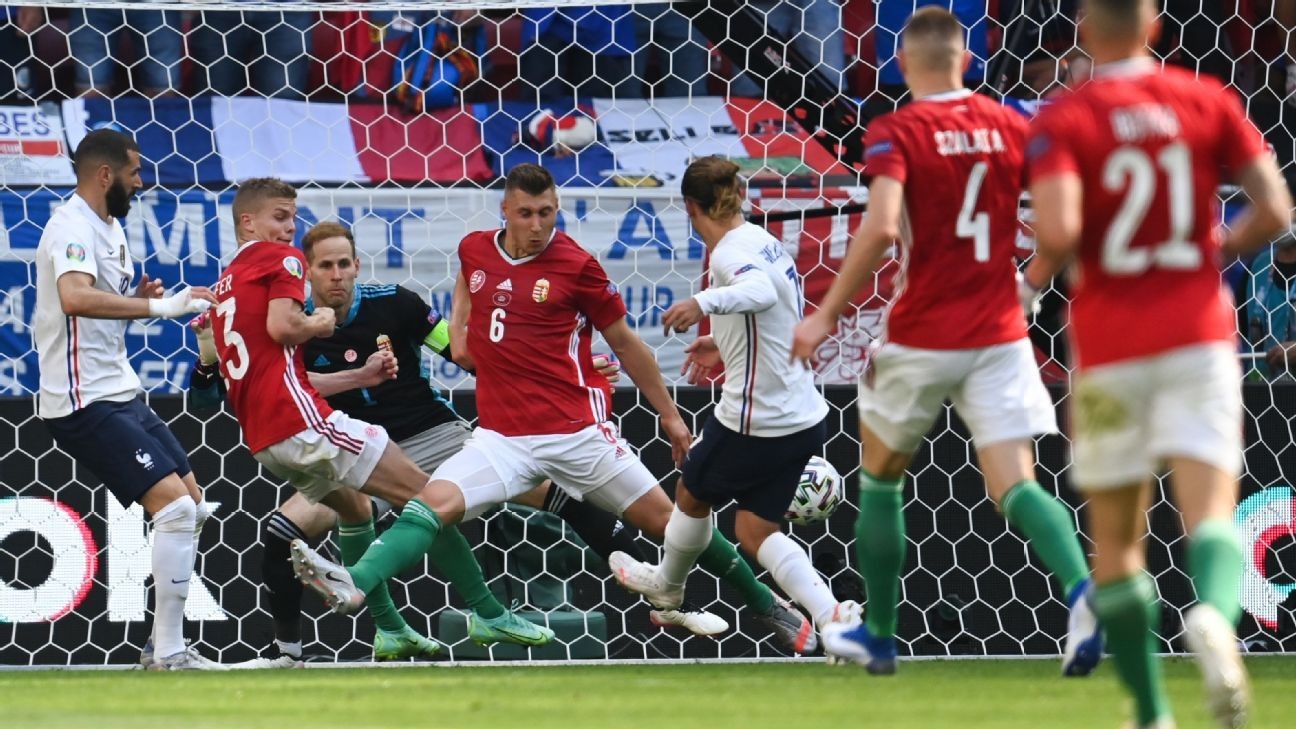 Antoine Griezmann rescued a point for France as they came from a goal behind to draw 1-1 with Hungary on Saturday.

Attila Fiola put Hungary ahead at the end of the first half and left France scrambling to find a goal.

France coach Didier Deschamps will be frustrated with the result as France look to come out of Group F -- the toughest group in the competition -- above Portugal and Germany who play later on Saturday.

France dominated possession with 70% of the ball in the first half but missed several opportunities to put themselves ahead.

Kylian Mbappe, Karim Benzema and Griezmann all scuppered early chances to secure a lead and they were left rueing those opportunities when Fiola put Hungary ahead on the stroke of half-time.

In a moment of brilliant individual skill, Fiola received the ball from Adam Nagy and drove towards Hugo Lloris' goal. He received the ball back from Roland Sallai and curled his shot into the net, much to the delight of the 67,000-strong home crowd.

Antoine Griezmann scored in the second half to secure a draw for France. Robert Michael/picture alliance via Getty Images

"Everyone has given the best of themselves," Sallai said after the game. "So we should be proud of ourselves. We stayed focused in the last 10 minutes, we deserved this point."

Hungary came out with more confidence in the second half but made an unfortunate defensive error to let France back into the game on 66 minutes.

Lloris launched a long ball down the pitch which the Hungary backline allowed to bounce, giving Mbappe time to race onto it. He put a cross into the box which Willi Orban mishit straight into the path of Griezmann -- who was making his 50th consecutive start for France -- who struck it into the net.

"We've become unaccustomed to a full house and so it was difficult with the crowd. They held us with their defensive block and we didn't know how to finish. It proves how tough the Euros are, with great teams and great players," Griezmann said after the game.

Mbappe had the chance to put France 2-1 up moments later but snatched his shot just wide of the post.

Hungary next face Germany in Munich on Wednesday while Portugal and France play in Budapest at the same time.