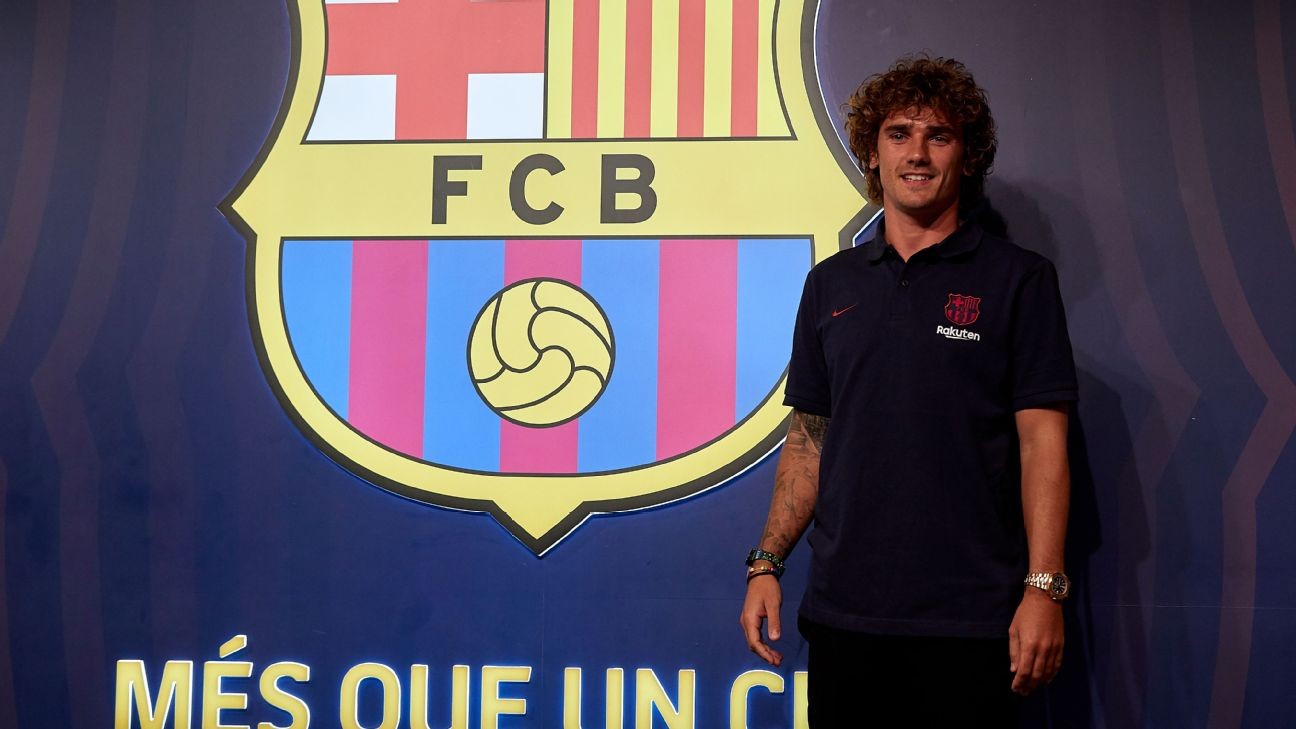 Julien Laurens says a cash-plus-players deal is the only way Barcelona can bring back Neymar from PSG, so which players could go the other way?

ESPN FC's Mark Ogden breaks down why he doesn't expect Neymar to join Antoine Griezmann at Barcelona this summer.

With Antoine Griezmann's move to Barcelona finally complete, Shaka Hislop explains the different ways he can be implemented into their attack.

Shaka Hislop says Barcelona would have too much talent with Antoine Griezmann and Neymar to not be considered UCL favourites.

Antoine Griezmann's lawyer, who was responsible for depositing his client's €120 million release clause at La Liga's headquarters, has criticised Atletico Madrid's reaction to the forward's transfer to Barcelona.

Sevan Karian paid the money to La Liga on Friday to pave the way for Barca to announce the signing of Griezmann on a five-year deal. Atletico responded furiously to the move, though, claiming that they're due an additional €80m.

Griezmann's release clause dropped from €200m to €120m at the start of the month. The Rojiblancos claim a pre-contract agreement which pre-dates July 1 means Barca should have to pay €200m. President Enrique Cerezo has even suggested he has evidence of the pre-contract.

Sources at Barcelona have told ESPN FC that the Spanish champions remain calm about the threats and insist the club have not breached FIFA's regulations. But Karian said Atletico have completely backtracked on what they told Griezmann when he announced he was leaving in May.

"Antoine is very disappointed with the attitude shown by Atletico and the club's hierarchy," he said. "They are acting in bad faith and are communicating the opposite of what they told him in person.

"But let them do as they see fit, we will do the same if necessary. For the moment, for [Griezmann], he only wants to think about this new chapter in his career. He wants to celebrate this weekend by discovering his new home."

Griezmann's departure has not gone down well with Atletico fans, either. His plaque outside the Wanda Metropolitano -- something you earn by playing 100 games for the club -- was defaced by supporters on Saturday. The same happened last summer when former goalkeeper Thibaut Courtois signed for rivals Real Madrid.

Barca will present Griezmann on Sunday at Camp Nou but they have not yet confirmed what shirt number he will wear at his new club.

There has been speculation the club will give him the No. 7 shirt if they can sell record signing Philippe Coutinho, whose agent has called on Barcelona to clarify their stance over the former Liverpool man.

"[Barca's director of football] Pep Segura told me he was untransferable," Kia Joorabchian told RMC. "He told me that last week. The president [Josep Maria Bartomeu] told me the same the week before, that they didn't plan on selling him to any club.

"Given that, we decided not to look at the market, that's why he doesn't have any offers.

"It is a fact that [Barca's advisor in Brazil] Andre Cury works in a different way from that of Barcelona and he is pressing for Coutinho to be included in the transfer of Neymar from PSG.

"I have kept silent during this period, but I will not allow Barcelona to lie about the player. They must tell the truth. If they want Coutinho to leave, they have to say so -- then we will decide with the player what is best for his future."