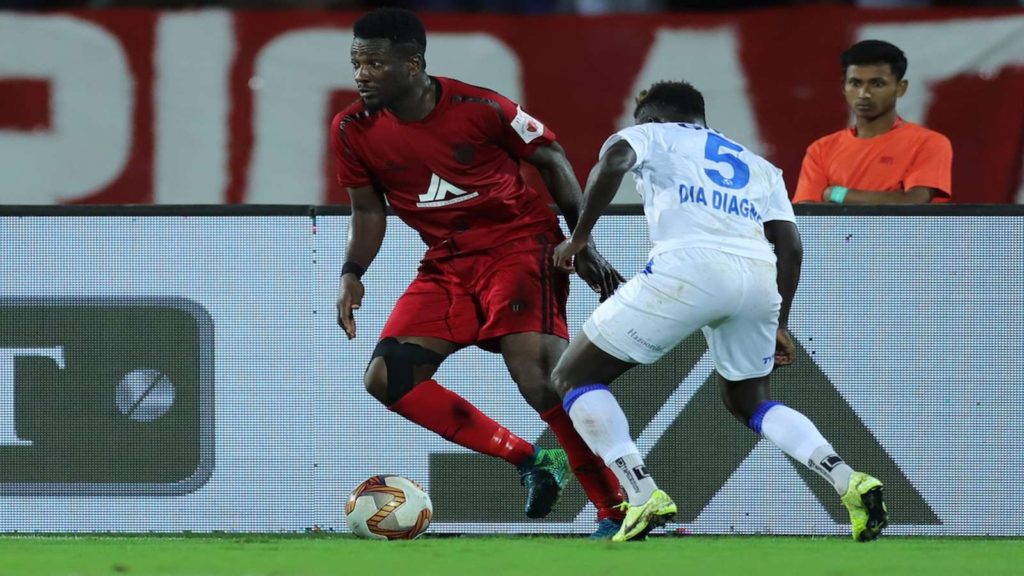 Experienced Ghanaian striker Asamoah Gyan was in action on Wednesday when his NorthEast United side posted a 1-0 win over Hyderabad FC in the Indian Super League (ISL).

The Black Stars striker was handed another start in the ongoing season as they searched for another win on match week 4.

He however only lasted 51minutes and had to be replaced after he picked up a knock.

His side later went on to win the game by a goal to nil courtesy a strike from Maximiliano Barreiro via the penalty spot.

Gyan, 32, is now set to spend some time on the sidelines and will return to action when he fully recovers.

He has 2 goals to his name in the ongoing campaign after featuring in four matches.