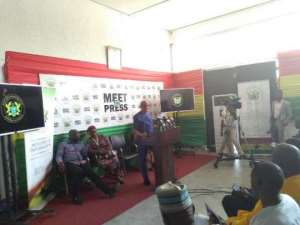 Dr Mustapha Abdul-Hamid, the Minister of Inner City and Zongo Development, has said his outfit will soon introduce Zongo Football League for Zongo communities nationwide to foster unity and co-operation among the youth.

The sector Minister announced this when he took his turn at the Meet-the Press series in Accra, on Tuesday.

He said the Zongo communities have the history of unearthing soccer talents for the nation and mentioned the likes of Sulley Muntari, Mohammed Gargo, George Alhassan and others who were groomed in Zongo communities to play for the senior national soccer team, the Black Stars, and later plied their trade in European elites football leagues.

Dr Abdul-Hamid said the Ministry had been constructing astro-turfs and green parks across the country to serve as recreational centres and play grounds for unearthing talents and foster unity among Zongo communities to accelerate national development.

The Minister said some of the astro-turfs and green parks that were under construction in Zongo communities as follows: Madina, Kyebi, Walewale, Bolgatanga, Salaga, Old Tafo Sakasaka Park and Yeji.

Additionally, there were inner parameters and boreholes for watering the lawn for maintenance and that each Astro-Turf was estimated to cost between three and five million Ghana cedis depending on the facilities available.

The Minister said upon completion the recreational facilities would be handed over to the various Metropolitan, Municipal and District Assemblies to manage them so that they would be well maintained.

Dr Abdul-Hamid said Zongo communities were the most multifaceted groups in the country in view of the different ethnic groups from the West African sub-region who settled there for trading before the nation gained independence.

He cited the celebration of Garigagia Festival in Kumasi by some residents of Zongo communities, which created an avenue to display diverse ethnic cultures.

The media encounter afforded the Minister the opportunity to render accounts of his stewardship of the Ministry, achievements and challenges and chart the way forward.