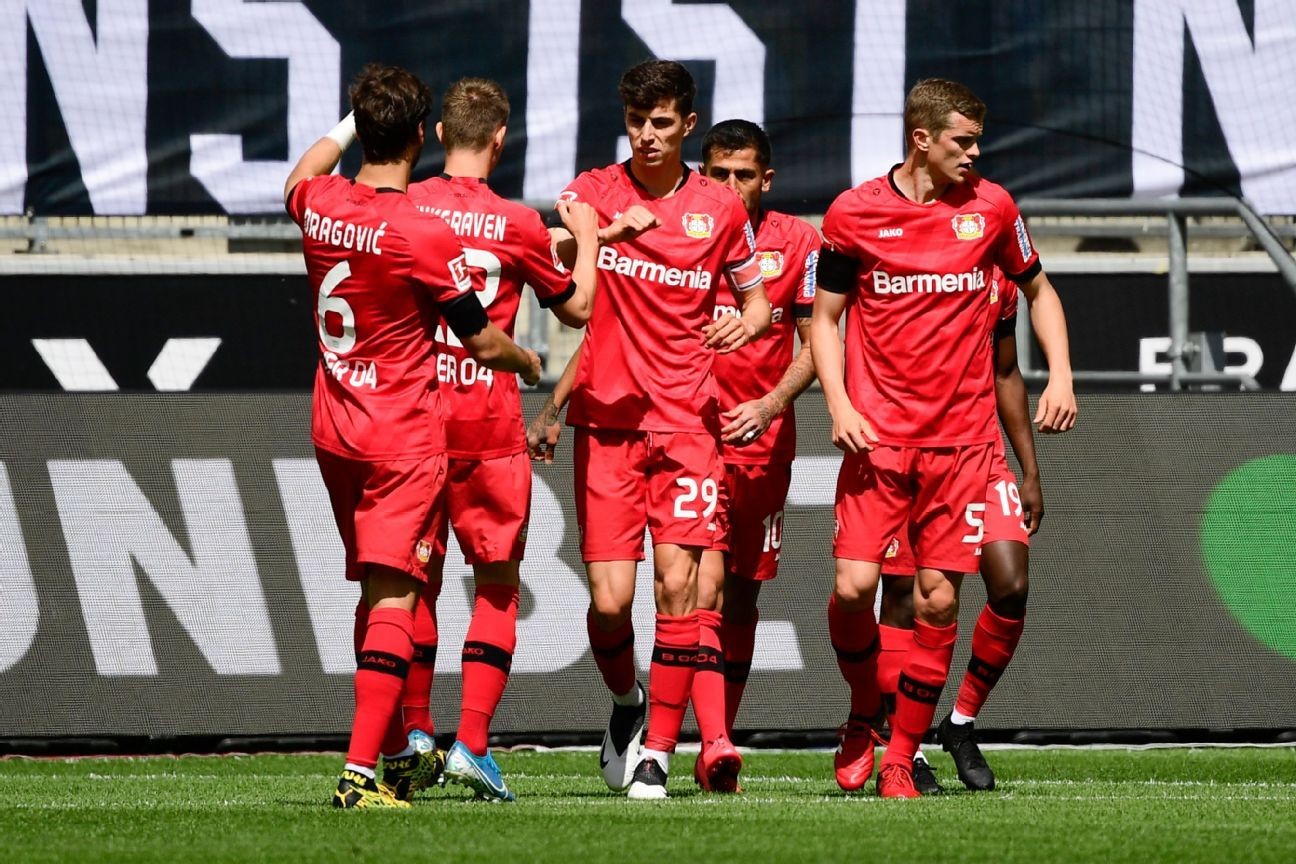 Kai Havertz scored a brace for the second match in the row to lead Bayer Leverkusen to a 3-1 win at Borussia Monchengladbach as they leapfrogged their opponents to go third in the Bundesliga on Saturday.

As with all Bundesliga matches since the coronavirus outbreak, the game was played behind closed doors but the stands were brightened by around 20,000 cutouts of real Gladbach fans, who had paid €19 each to have their cardboard images placed in the stadium.

Havertz, 20, fired Leverkusen ahead in the seventh minute and, although Marcus Thuram levelled in the 52nd minute, Havertz struck again from a penalty six minutes later after Nico Elvedi felled Karim Bellarabi with a late sliding challenge.

Sven Bender headed in a third from a free kick in the 81st minute to leave Leverkusen third with 53 points, one ahead of Gladbach who dropped to fourth.