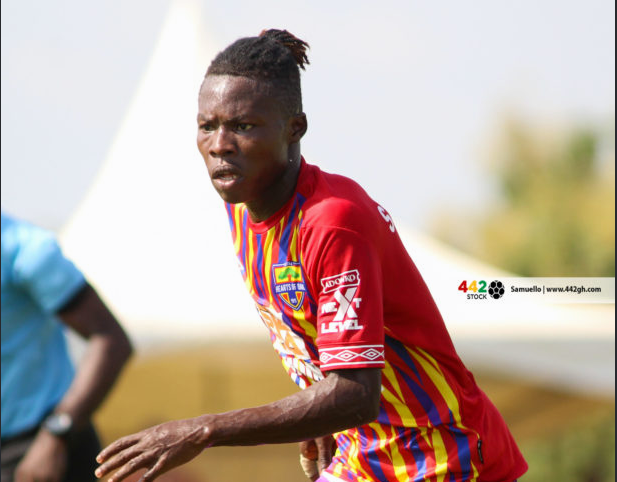 Hearts of Oak defensive midfielder, Ibrahim Salifu has lauded the impact of head coach, Samuel Boadu on the club.

The young enterprising gaffer has rejuvenated the club following his appointment as the head coach of the club prior to the start of the second half of the season.

According to the midfielder, the team continue to perform impressively because of coach Boadu’s technical prowess which has transformed the Phobians into credible title candidates alongside archrivals, Asante Kotoko.

“He has really transformed the team and it is because of him we are playing with a lot of confidence," he told Graphic Sports.

“His man-management is second to none and I can only praise him for our current form.

"I believe he has what it takes to lead his to the title,” said Ibrahim whose form has improved under Coach Boadu," he added.

Salifu joined the Phobians from Techiman Eleven Wonders. He has won the most NASCO Player of the Match awards -- seven in all -- and is a strong contender for the Player of the Season award.

The Phobians are looking forward to a first league title in 2009 having failed to annex the biggest domestic prize in the last decade.

Hearts of Oak will host Medeama SC in the matchday 29 games at the Accra Sports Stadium this weekend.