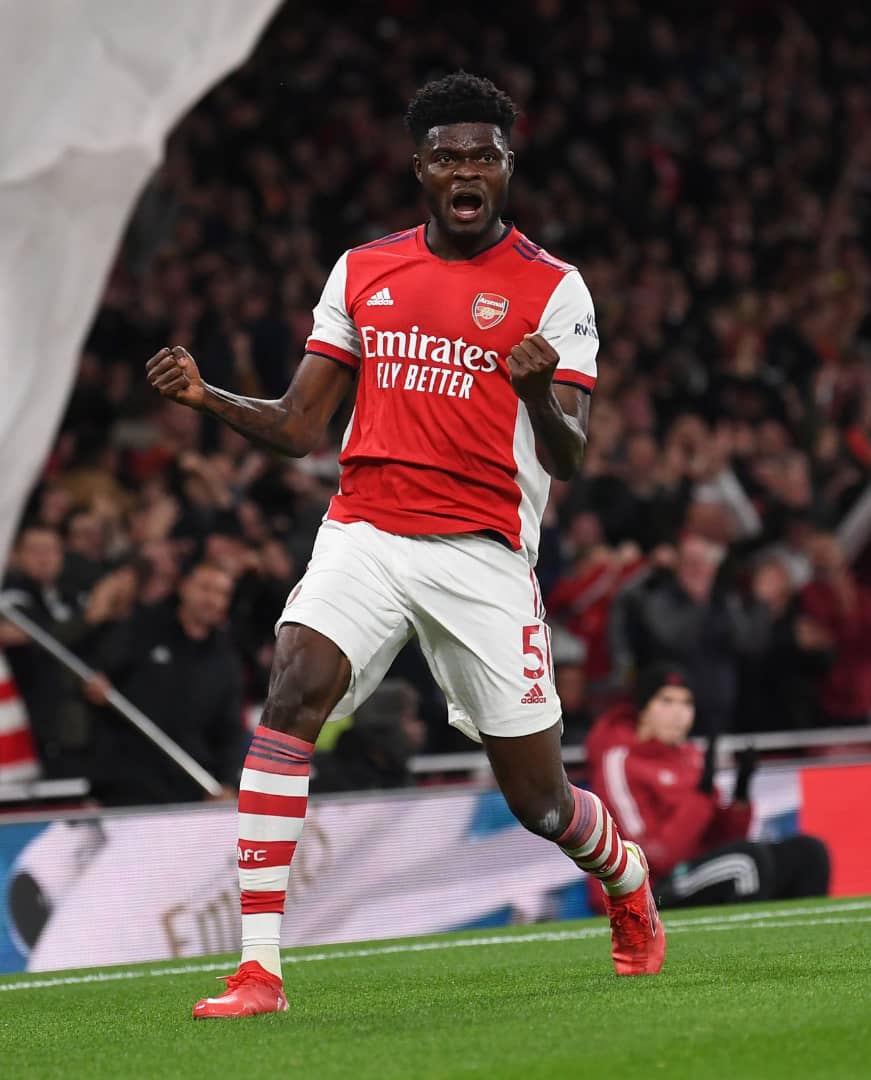 Arsenal manager, Mikel Arteta has sung praises of Thomas Partey after scoring his first goal for the club.

The 27 year old Ghanaian international scored his first goal for the club in the Gunners 3-1 win against Aston Villa on Friday night at the Emirate Stadium.

Partey headed in Emile Smith Rowe’s corner after hitting the crossbar earlier to break the deadlock for the Gunners.

After the game, the Spanish manager lauded the midfielder and charged him to be the leader on the pitch.

"He is a player who has to be one of the leaders, he has to be the boss in midfield," said Mikel Arteta after the game.

"He certainly did that here, excelling both in and out of possession and providing a platform for Arsenal's attacking players to tear the visitors apart.

Reacting to the goal, Artea said, "Yes because he’s be chasing it for a long time, and he could have scored another two to be fair."I’m very happy for him, I think he enjoyed that moment in front of our supporters and I’m happy for him," he added.

Pierre-Emerick Aubameyang and Emile Smith Rowe all scored for the Gunners before Jacob Ramsey scored a consolation goal for Villa from 20 yards.