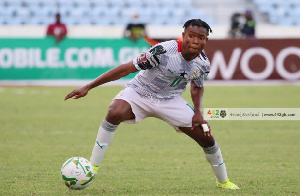 Issahaku shot to prominence after the Africa U-20 Cup of Nations, where he helped Ghana to win the ultimate and was adjudged most valuable player.

The 18-year-old who joined Portuguese side Sporting CP on a five-year deal in February is said to be in the plans of the club’s preseason.

According to Konadu, the enterprising Ghanaian winger is in good hands and is confident he will become a superstar.

"In almost every game he played in the Ghanaian Premier League he scored. This was before going to Sporting in Lisbon. We are happy for him and we know that Sporting is an excellent club that will help him. I am sure of that because I know Portuguese football, I know Sporting. He is in good hands and will become a superstar."

"Issahaku will be at the World Cup. We have to protect him, give him confidence, take him into the team at least. Because he will learn a lot, even if he is on the bench, if he has the opportunity to enter. he will take advantage of every opportunity. In the coming years he will become better, if he is in the World Cup it will only help him to become a better player", he said.

Issahaku played a huge role in Ghana’s World Cup qualification to the World Cup over Nigeria.

He also represented Ghana at the 2021 AFCON tournament in Cameroon where the Black Stars exited group stage.

The attacking midfielder has a €60 million release clause at Sporting CP.