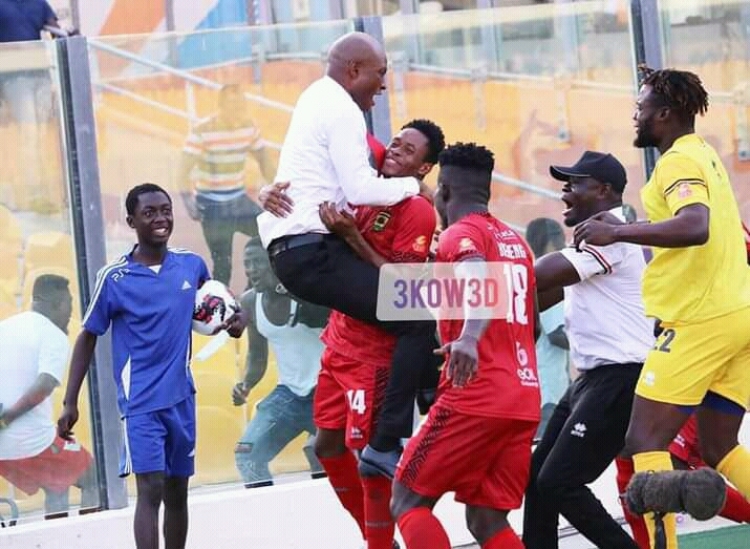 Asante Kotoko head coach, Prosper Nartey Ogum has reiterated his admiration for teenage sensation Isaac Oppong after indicating that he works very hard despite being so talented.

The 18-year-old was signed by the Porcupine Warriors club in the off-season and has already turned out to be a top signing just four matches into the new Ghana Premier League season.

Speaking in a post-match interview after Isaac Oppong scored for Kotoko in the win against Eleven Wonders on Saturday night, coach Prosper Narteh Ogum heaped praise on the teenager.

According to the coach, the player is very talented and will go far in his career.

"I think he is a fantastic player, he is talented and he work very hard too."

“So he is a blend of talent, hardwork and his ability to listen to tactical instructions on the field of play,” Coach Ogum said.

“So I think this young guy is going to go far if he is able to keep his focus, keep his calm and keep his confidence.”