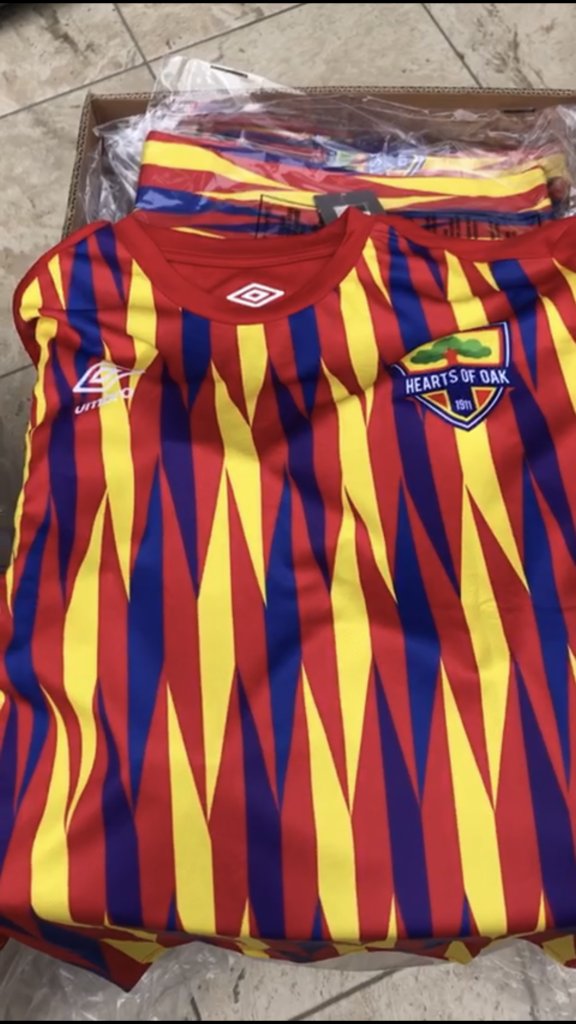 Ghana Premier League giant, Hearts of Oak will officially launch their new Umbro kits on Wednesday, July 10, 2019, at the media center of the Accra Sports Stadium at 16:00GMT.

The Phobians who have set the pace for other clubs in the country will at a short ceremony at their home grounds celebrate and outdoor their new jerseys manufactured one of the most recognized sports kits company in the world.

The deal to make the United Kingdom-based sports manufacturing company the kits sponsors of the Phobians was brokered by former Chief Executive Officer (CEO) of the club, Mark Noonan last year.

Though the Accra based side had to wait for several months, they finally received the beautifully designed kits last month. Shorts video of the jerseys have already been circulated on social media but the club will do an official unveiling tomorrow.

Hearts of Oak is said to have paid $100,000 to cover for the production cost of the kits and are selling one for GH₵160.  Staunch supporters of the club have already placed their orders and will start receiving their replicas after tomorrow.

The Phobians have joined top clubs including Everton, Huddersfield Town, Werder Bremen, and FC Nürnberg as clubs who are being kitted by the leading kit manufacturing company.