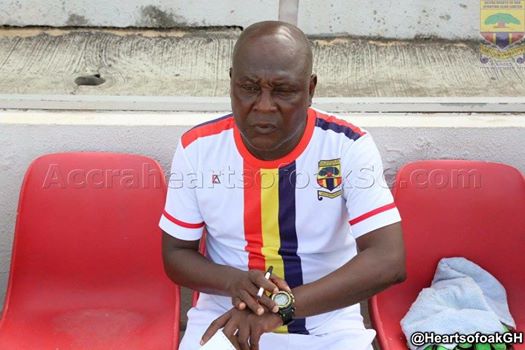 Accra Hearts of Oak assistant coach Henry Wellington says his boss Frank Nuttall played a part in their 3-1 win over Asante Kotoko in Accra on Monday.

According to him, the selection for the game was done in consultation with the Scottish trainer  who is away on a one week leave.

"I will just dedicate this victory to my head coach [Frank Nuttall]," he told reporters after the game,” says Wellington.

"We sat down and I was change my head coach looking for the best for today's game and at last we won.''

"I can't say a particular player was the best, they all did well to earned us this victory."

Goals from Kwame Kizito, Thomas Abbey and Patrick Razak condemned the Porcupine Warriors to their heaviest defeat at the hands of Hearts since 2007.