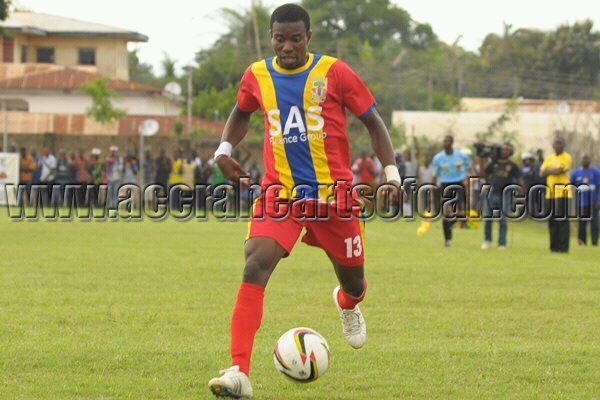 Captain of Accra Hearts of Oak Thomas Abbey says he is elated with his call up to the local Black Stars team.

Thomas Abbey has been in fine form for the phobians in the Ghana Premier League scoring 6 goals for the club.

The imposing midfielder earned a late call up following  huge outcry from the public after he was excluded in the initial 30 man squad.

“It’s a joy for me earn a call up into the Local Black Stars team. I promise to work hard and I will never disappoint my fans,” he told Angel FM.

Abbey in the course of his interview indicated Kumasi Asante Kotoko defender Ahmed Adams was the most difficult defender he played against.

The toughest defender I faced during this GPL first round is Ahmed Adams of Asante kotoko,” he added.